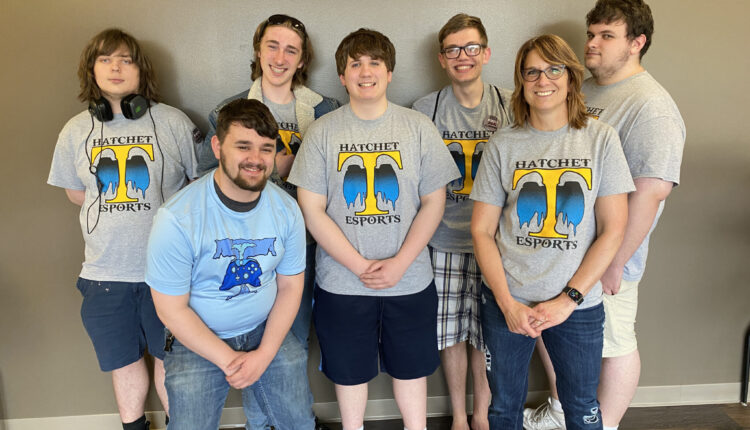 For the Tomahawk Leader

TOMAHAWK – The Tomahawk Hatchet eSports club’s Smite team made an appearance in the State semi-finals earlier this month.

Coach Paula Norman said the Hatchets, headed into State competition as the 4th seed in the conference, knew there would be tough competition.

“The guys’ goal all season was just to make it to state, but then once they found out we made it to state, they had hoped to get 2nd place,” Norman stated.

The Hatchets faced Racine Case, a team tied for the 1st seed in the conference.

“However, my guys kept fighting until the bitter end, making each game last 20-plus minutes,” Norman noted.

In the best-of-three matchup, Racine Case would ultimately get the win in two matches. Racine Case would go on to compete against Clinton, a team that was 8-0 in Tomahawk’s bracket during the regular season and eventually clinched the State title.

Norman commented that if the team members were juniors this year, they would be competitive at State next year, adding that the Hatchets were underdogs facing teams that had been to State before and had been competing longer than Tomahawk’s two seasons.

“I’m so very proud of them and their leadership,” Norman said. “They have built this club from the foundation up and have made a huge impact. They will be greatly missed.”

Norman said the squad looks to rebuild next year, as seven seniors graduated on Friday.