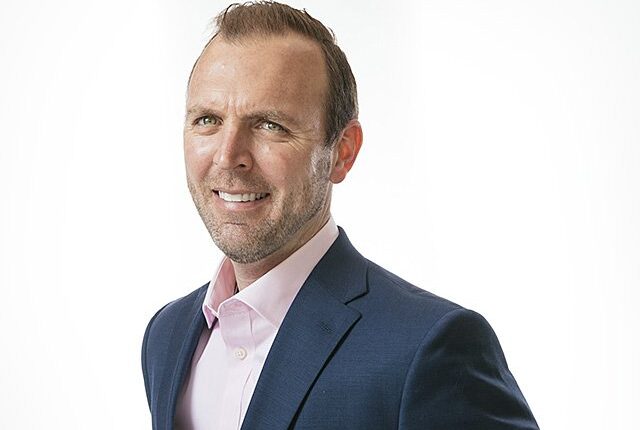 “Last season you said that coach Carl Craig wasn’t moving the team in the direction you wanted. Last season, we finished ninth in the league,” a fan watching a video stream from home writes, referencing the team’s 2021 coach, fired after just one season. “This year: another ninth place finish. Is this the direction you were hoping for? Or will (coach Matt) Glaeser be let go?”

Another query is equally tough on Caloia, the club’s chief operating officer, part owner and administrative face: “At what point does ownership have to take responsibility for the failure of this team the past three years?”

Some irritation from Madison soccer fans is fair, which Caloia acknowledges throughout the town hall.

Forward just finished its fourth season in USL1, the third tier of professional soccer in the US, with a combined record of 32 wins, 33 losses, and 37 ties. The team hasn’t qualified for the playoffs since 2019, its first season. Despite leading the league in revenue with its third-highest player payroll — according to Caloia — the Flamingos had the lowest win total this season, managing just seven victories. They won only four games at Breese, none after mid-July, and scored just two goals in their last five games.

“The only person I think who feels more pain than the fans is me,” Caloia says. “I started this business, with my great partners, and I’m running it day-to-day. It’s on me and I’m responsible for it. We have to do better and I’m confident we can do better.”

Caloia says he isn’t going to fire Glaeser and that the two have been “working on 2023” for the past five weeks. The team hopes to bring several players back next season, but defender Eric Leonard, the one name from the original roster still with the club, is the only player currently under contract.

Despite the team’s struggles on the field, Forward Madison led the league in attendance this year, drawing an average of more than 3,800 fans per game. Nearly 4,500 fans showed up to the final home game on Oct. 8, an irrelevant 0-1 loss to league-leading Richmond. And an unrepresentative survey of the two season ticket holders I know revealed no loss of love for the experience of watching FMFC play at Breese Stevens Field.

“I love those games so much — the venue, the atmosphere,” says David Anstaett, a season ticket holder since season one who also plays soccer. “And despite the dire end to this season, the quality of soccer is really good in my opinion. And my sense from some of the guys I play with, and who are also season ticket holders, is that they feel the same.”

Much of that positivity is built on a commitment to fan engagement, evident in events like the town hall, which was open to everyone from hard core season ticket holders to infrequent spectators. It’s a smart strategy to tie fans to a community around the club instead of the individual players, especially when so many of them come and go each year. That’s borrowed from Caloia’s experience running the Madison Mallards baseball team, which refreshes nearly 100 percent of its roster each summer.

Mallard’s owners, many of whom are invested in Forward Madison, have made no secret about needing to focus on fan experiences that don’t rely solely on winning titles. Having succeeded, at least in terms of attracting that committed community, Caloia is part of a group building a Milwaukee club that will play in the USL Championship — one rung above USL1 — starting in 2025. As they did in Madison in 2018, they are polling the community for the team’s name and identity now.

But Caloia doesn’t need the fans to remind him that with so much support, the club is obligated to build a team that performs much better than it has so far.

“We’re in sports for a reason: We want to win championships,” he says at the town hall. “We’re not doing this for the financial part. That being said, our financial incentive is if we win, we sell more tickets. People want to be around a winner. And so we are greatly incentivized.”