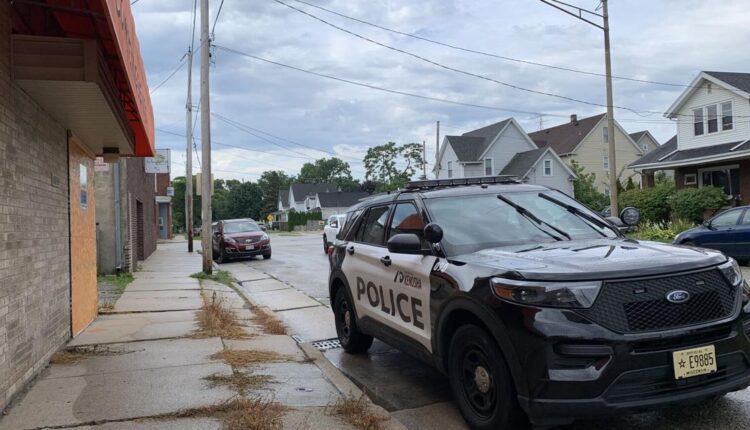 
KENOSHA — Kenosha Police have released a photo of a man being wanted for homicide in connection with a Kenosha mass shooting on Sept. 18.

Kendal Readus, 29, was identified last week by police as the suspected shooter in the Sept. 18 shootings, which claimed the life of two people and injured two others in the early morning hours outside a Kenosha tavern.

Police are urging people who know of Readus’ whereabouts to call 911. He reportedly may now have longer hair and a large tattoo on his neck.

Readus is considered armed and dangerous and police warn to not approach him or attempt to apprehend him.

In the early hours of Sept. 18, Kenosha Police responded to a call of four shooting victims in the area of ​​the now-closed Las Margaritas, 2232 Roosevelt Road. Houston R. Oliver, a 33-year-old Kenosha resident, and James J. Alexander-Hood, a 35-year-old resident of Racine, were killed in the shooting.

Two other gunshot victims were released from area hospitals after recovering from serious but non life-threatening injuries as a result of the shooting.

Last week, James Murphy, 29, was arrested on a warrant in Hogansville, Ga., where he remains until extradition back to Kenosha County, where he will face recommended charges of two counts of party to the crime of homicide. Murphy was identified by investigators as the possible getaway driver in the local mass shooting.


Robert Thomas Preston27, of Kenosha, faces charges of battery or threat to judge/prosecutor/officer, and probation and parole.