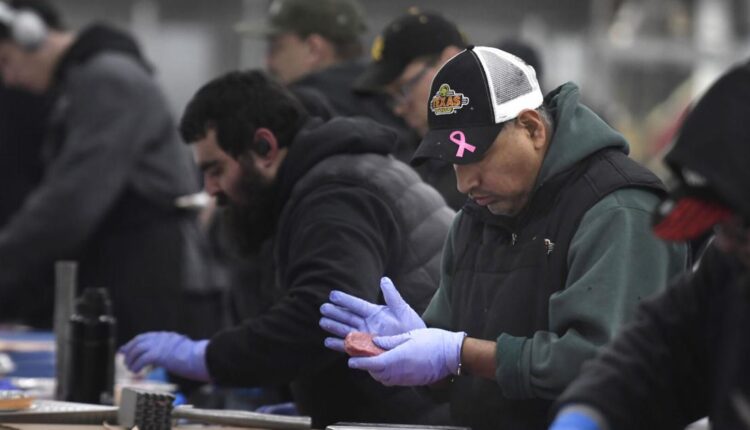 After a cold and challenging meat cutting competition on Thursday, local meat cutter Elias Gutierrez has advanced to the regional competition.

The competition is held nationwide by Texas Roadhouse in an effort to motivate the restaurant meat cutters to be there best and a cut above the rest.

At Thursday’s qualifier competition at the Kenosha Ice Arena, 36 people from the Wisconsin, Minnesota and Chicagoland regions took part to see who would advance to the regional competition.

Overall first place went to Connor Brienan of Green Bay. second went to Gutierrez and third went to Rodrigo Rodriguez of Tinley Park, Ill. Brienan and Gutierrez will advance to regional as Gutierrez placed first in the Rice market in the Chicago area.

There is a possibility of other cutters with high scores receiving a wild card entrance to the regional round, but that will not be determined until late November when all the competitions are done across the country.

The day and location for the regional has yet to be finalized, but will take place sometime in late January or early February.

Gutierrez was no rookie in Thursday’s competition. He has been with the restaurant chain for 16 years and has competed in the meat cutter’s competition for over a decade. In the past, Gutierrez has also made it to the second round of competition.

During Thursday’s competition, contestants sliced ​​their way through 30-40 pounds of sirloin, ribeye and filet in the 38 degree ice arena to determine who could cut the highest number of high-quality steaks in the shortest amount of time. Judging was based on Texas Roadhouse steak standards.