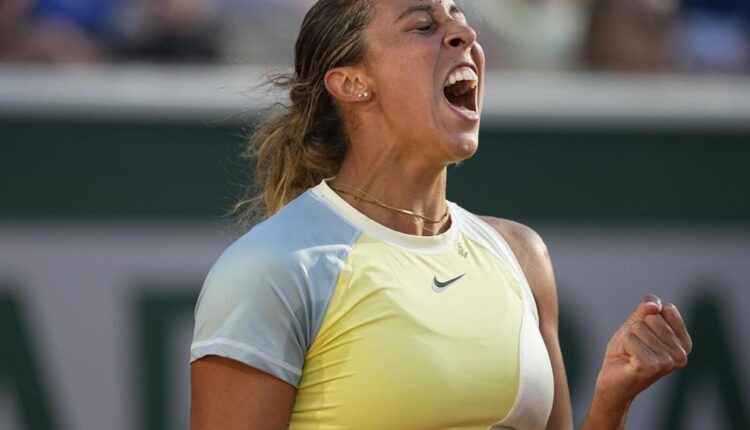 CHARLES CITY — Fans from across Northeast Iowa will welcome tennis royalty to The Court of Dreams near Charles City in July.

International tennis star Madison Keys will make her way back to the Midwest to be part of the 20th anniversary of the unique grass court, part of The Madison Keys Court of Dreams Celebration of Tennis.

“I grew up in Iowa and I’ve always felt so inspired to try to come back to where I’m from and play tennis and bring tennis more into the community” said Keys of the event. Keys actually was raised in Rock Island, Illinois, one of the Iowa-Illinois Quad Cities.

The Court of Dreams is one of a few pure grass tennis courts anywhere. Keys said it is “truly one of the most special and unique courts in the world.” She will play an exhibition match against a player to be named July 15. The event kicks off at 1 pm

“Any time you can have somebody of Madison’s stature come into an area like Iowa … it’s unbelievable the impact that that has. The ability to inspire a generations of kids in an afternoon … this event really highlights that and the ability to bring people together,” said Ryan Knarr, tournament director.

Keys will be joined by tennis players including New Zealand’s KP Pannu and Australia’s Nathan Healey for a juniors clinic at 2 pm July 14 at the Clear Lake Athletics and Wellness Center. Pennsylvania and Iowa state tennis champions also are expected at the events.

The foundation is sponsoring the weekend in conjunction with All Iowa Lawn Tennis Club. Kindness Wins is an organization which funds and rewards acts of kindness, on and off the court.

“It felt really important to me to do something positive with that,” said Keys. She and her partners started the foundation during the pandemic to promote kindness and provide space for people to be open and honest about the hardship everyone was experiencing.

It is likely these topics will be included in the mental health panel, although details have not been released.

Mark Kuhn, owner and operator of the Court of Dreams and the All Iowa Lawn Tennis Club, expressed his excitement about the event at a recent press conference and thanked Keys for being part of the celebrations.

In 1960 Kuhn and his grandfather discovered tennis by overhearing a Wimbledon broadcast on a shortwave radio. Building a grass tennis court was Kuhn’s dream since 1962 as he did chores on the cattle feedlot where the single grass court is now located. “Well, it took 40 years to do that. It took 50 years to get to Wimbledon, but it’s been an amazing journey and it’s really a part of my family’s legacy now,” Kuhn said at the press conference.

Tickets are required for the two-day event. For more information or to purchase tickets, go to https://courtofdreams.org/.

SILVER ALERT: Green Bay Man With Dementia Wanders Away From His Home