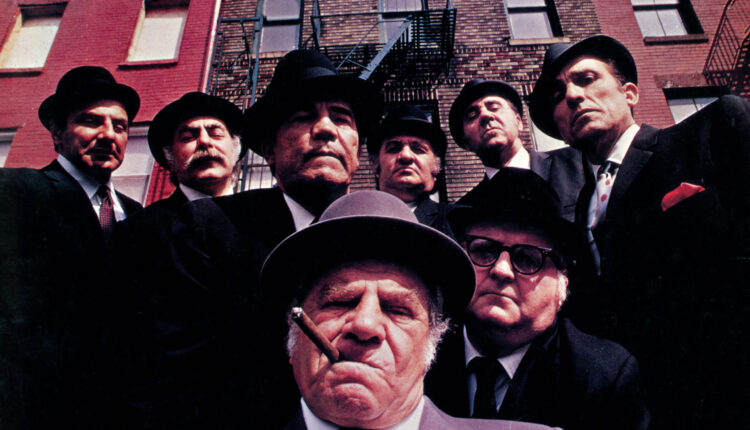 It was a very different Michael Gableman who appeared in court on Thursday from the sneering, bombastic, defiant Gableman who was slapped with a contempt order for his performance in a different Dane County courtroom a week ago.

Former Supreme Court Justice Michael Gableman in a video promoting the partisan review of the 2020 election. (YouTube | Office of the Special Counsel)

Last Friday, after Gableman mocked attorney Christa Westerberg and denounced Dane County Circuit Judge Frank Remington, proclaiming from the witness stand that he would not be “railroaded,” Remington issued an order citing him for unprofessional conduct and fined him $2,000 a day until he complied with open records requests from the watchdog group American Oversight.

Thursday’s Gableman appeared chastened and meek. He politely answered questions from American Oversight attorney Westerberg and Dane County Circuit Judge Valerie Bailey-Rihn, as he admitted to routinely deleting records in his role as head of Office of Special Counsel.

Gableman was hired as special counsel by Assembly Speaker Robin Vos to investigate allegations of fraud in Wisconsin’s 2020 presidential election. The results of that election have been upheld through two recounts, a statewide audit and multiple legal challenges.

Nonetheless, Gableman has so far spent about $900,000 in taxpayer money looking for evidence of fraud. Both he and Vos have resisted American Oversight’s demands that they comply with Wisconsin’s open records law and release documents relating to the investigation. The subject of Thursday’s hearing was whether Vos should be held in contempt for defying a court order that he release records. The judge decided against penalizing Vos for contempt, but said she would determine later whether to issue separate penalties for how he handled open records requests.

“Did I delete documents? Yes, I did.”

Pressed for details on the records of his investigation, Gableman told the court he threw away his notes after taking a taxpayer-financed trip to an election conspiracy conference in South Dakota hosted by My Pillow executive Mike Lindell. The forum was disappointing, he said, and afterward, he complained, he came down with COVID. 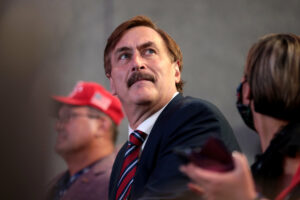 “I went out there because I thought there was going to be some solid evidence of Chinese interference …  and I was very disappointed by the lack of substance to back up those claims, and I was annoyed that I had gone out especially as it turned out I had COVID,” he told the court.

Gableman remembered the COVID episode vividly “because it was Friday the 13th when I went to the emergency room,” he said. “I spend the next two weeks solidly in bed … with very, very unpleasant symptoms.” By week three, “I’m half in bed and half able to get up.”

The judge seemed unmoved by Gableman’s suffering and asked how he managed to create the documents and emails that had been uncovered within the period of his debilitating bout with COVID. She reminded him he was still being paid the whole time and continued to press him on the records he hasn’t produced.

In response, Gableman displayed a general lack of familiarity with technology, saying he didn’t like using email, did not own a personal computer and, at the beginning of his investigation, conducted his research on a computer at the public library in New Berlin. He didn’t upload documents to the cloud or use a flash drive, he testified, relying instead on printing things out and making handwritten notes in the margins.

“Did I delete documents? Yes, I did,” Gableman admitted.

“If there was no open records request, if it wasn’t going to be useful to my report, then I would probably delete it.” 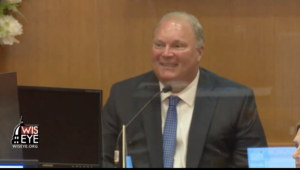 Gableman also said that someone in his office deleted his personal Yahoo email account for him after he had received an open records request from American Oversight. None of the information in that Yahoo account is available anymore, he said, since it was all erased.

That appeared to surprise Gableman, who said someone else shut down the account for him and he wasn’t familiar with the details.

Did he search the account for the records American Oversight was seeking before deleting it? “I believe so,” he said. “Do I specifically recall going back? I don’t,” he added. “But I would have looked at every email account available to me.”

Ignorance and bumbling might turn out to be Gableman’s best defense. Certainly it’s better than paying $2,000 a day for obstruction and contempt.

As Arizona Speaker of the House Rusty Bowers testified to the House committee investigating the Jan. 6 Capitol attack, the whole Republican team pursuing Donald Trump’s fantasy that the election was stolen from him seem like characters from the novel “The Gang that Couldn’t Shoot Straight.” Bowers called their efforts to challenge the 2020 election results with baseless accusations of fraud “a tragic parody.”

That description certainly applies to Wisconsin Republicans, whose ranks do not include any principled conservatives who stood up to Trump’s illegal scheme as Bowers did.

Freaking trump idiots want someone to fly original elector papers to the senate President. They’re gonna call one of us to tell us just what the hell is going on.

Instead we have Gableman conducting internet searches at the public library, attending a conspiracy forum on the public dime where he complains he picked up COVID, and losing all his handwritten notes so he has nothing to show for his million-dollar, taxpayer-funded fraud “investigation.” And then, God help us, there’s Sen. Ron Johnson, who tried to throw his chief of staff under the bus after the Jan. 6 committee got hold of text messages showing that Johnson’s office was trying to hand over Wisconsin and Michigan’s fake electoral ballots to Vice President Mike Pence. “Do not give them to him,” Pence’s staffer told Johnson’s chief of staff.

Video of Johnson running away from reporters while pretending to be on a cell phone that was turned off to avoid answering questions about the whole affair definitely meets the definition of tragic parody. 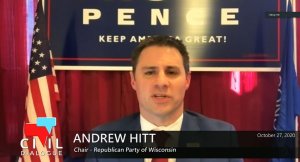 So do Wisconsin’s fake electors themselves, who met in secret to cast their ballots and now claim to have been duped into impersonating legitimate members of the Electoral College. Fake-elector-in-chief and former Wisconsin Republican Party Chair Andrew Hitt has claimed their ballots were only supposed to be used if a Trump lawsuit successfully cast doubt on Wisconsin’s election results. But the electors didn’t even cast their votes until the Wisconsin Supreme Court had already ruled against Trump, ending any possibility that the vote count might change.

One of the fake electors, Bill Feehan, described participating in the secret electoral process on his podcast, saying, “The mood was one of excitement until we heard the result of the Wisconsin State Supreme Court’s ruling.” It was a “deflating moment” he said,  “where you realize that the court hasn’t ruled in your favor.”

And yet, two days after that court ruling, the electors mailed their ballots to Washington anyway. Later, when the holiday mail didn’t arrive and Jan. 6 grew close, Mark Jefferson, executive director of the Wisconsin Republican Party, wrote in a text message on Jan. 4: “Freaking trump idiots want someone to fly original elector papers to the senate President. They’re gonna call one of us to tell us just what the hell is going on.”

And the gang kept shooting.

Four days before the Jan. 6 Capitol attack, Johnson had signed a statement with nine other Republican senators saying they intended to object to certifying Joe Biden’s electors and demand “an emergency 10-day audit of the election.”

But Johnson claimed he had nothing to do with his chief of staff’s message to Pence’s staffer that “Johnson needs to hand something to VPOTUS.” That “something” was a package of fake electoral votes Johnson later claimed some intern told his staff to transmit. 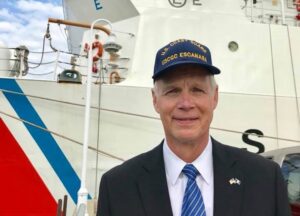 “These things were delivered to our office — I didn’t know they were coming. I had no hand in it. My staff — my chief of staff did the right thing, he called up the vice president. He didn’t want it, we didn’t send it to him. End of story,” Johnson told CNN’s Manu Raju.

Pressed on who asked him to deliver the ballots, Johnson told Raju it was “somebody from the House, some staff intern, you know, said we got to, the vice president needs this or whatever. I wasn’t involved. I don’t know what they said.”

The Washington press corps was unsatisfied with Johnson’s  nonanswers, leading to the low-speed chase in which Johnson pretended to be on a phone call.

But wait, it gets worse.

Johnson promised to release a statement Thursday explaining what happened. “We are piecing this together,” he said. “You’ll find out what a nothingburger this is. It’s a complete non-story.”

Later in the day, Johnson tweeted:

The 1/6 committee’s partisan witch-hunt is revealed. They smeared me with partial and incomplete information. This sets the record straight. As I have been saying, it is a NON-story driven by corporate media that is complicit in spreading the Dems’ lies. https://t.co/sk0BcybQ6K

But the accompanying story actually shows the opposite. Far from being out of the loop while his staff tried to pawn off a package on the VP, as he claimed, it shows that Johnson was deeply involved in communications with Trump lawyer Jim Troupis and Pence about submitting the fake electoral ballots.

“The Gang that Couldn’t Shoot Straight” features a Brooklyn Mafia boss who takes the same brass-knuckles approach to getting what he wants as Donald Trump. The boss’ lackey, Kid Sally Palumbo, “couldn’t run a gas station at a profit even if he stole the customers’ cars.”

Sounds like an apt description of Gableman, Johnson and Wisconsin’s fake electors.

Seniors With Prediabetes Should Eat Better, Get Moving, but Not Fret Too Much About Diabetes