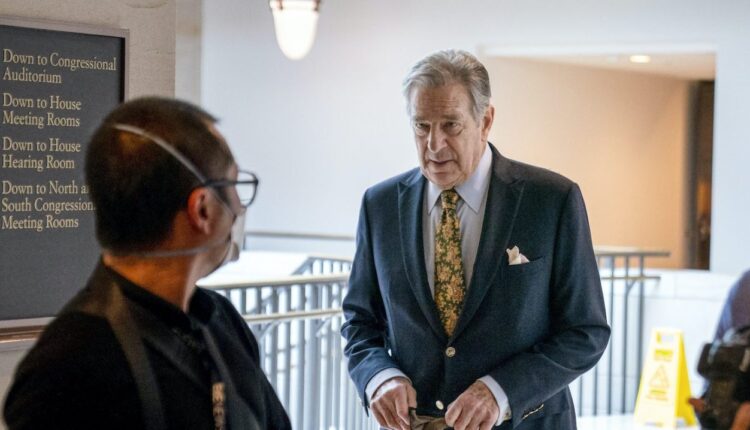 (The Hill) — House Speaker Nancy Pelosi’s (D-Calif.) husband has been formally charged with driving under the influence after he was arrested last month in Northern California.

A release from the Napa County District Attorney’s Office states that the office filed charges against Paul Pelosi based on a collision he was in that injured another individual. Pelosi’s blood was sent for testing after the crash and was found to have a .082 percent blood alcohol content, just above the legal limit of .08 percent.

British filmmaker says he expected Jan. 6 violence: ‘I thought it would be even worse’

Paul Pelosi is facing two misdemeanor charges of driving under the influence of alcohol causing injury and driving with a .08 percent blood alcohol level or higher causing injury. If he is found guilty, he could face up to five years of probation, a minimum of five days in jail, fines, required completion of a court-ordered drinking driver class and other terms as appropriate.

Pelosi is set to be arranged on August 3.

Drew Hammill, a spokesman for the Speaker, told The Hill last month that the speaker was not with her husband at the time and would not comment further on his arrest.

Paul Pelosi’s bail was set at the time at $5,000. The district attorney’s office release states Paul Pelosi was released from custody upon his promise to appear for the arraignment.

The release states the district attorney’s office will not provide any additional information to the public outside of the courtroom or in documents filed to ensure Pelosi is able to maintain his right to a fair trial.

“The media and the public have a right to know what occurs in a criminal case. As such, they have full and free access to our courts,” the release states.