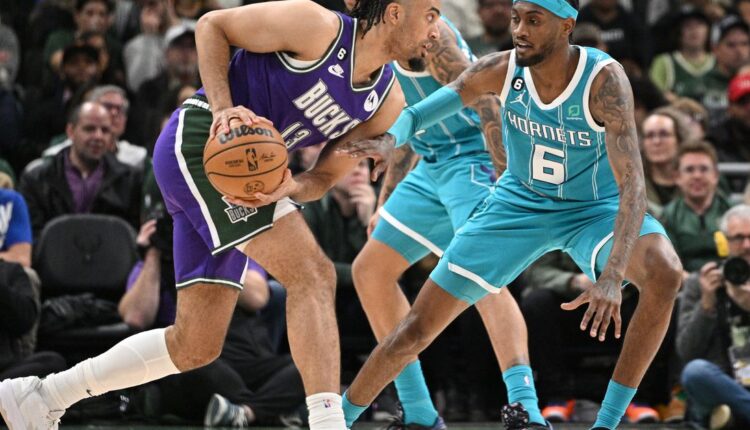 Well, that was a really ugly one. The Bucks fell completely flat on their face in this one, crumbling to the Hornets by a score of 138-109.

The Hornets came out firing on all cylinders to begin this one. It was extremely difficult for them to miss. Led by 17 points from Terry Rozier, their offense torched Milwaukee by going nearly 70 percent from the floor in the opening, which provided them a 23 advantage after one, 51-28. At one point, their lead was as big as 28.

The Hornets would keep their 20+ point lead throughout the quarter. No energy, a lack of urgency, and just overall inefficiency left the bucks on the outside looking in, and in a very gloomy way. LaMelo Ball coming alive in the quarter offered no assistance to the Bucks, and aided Charlotte in carrying an 84-60 lead into the locker room.

Things wouldn’t get much better from there. How bad was it? At the end of the third, Giannis still hadn’t etched his way into the double-digit category. The Hornets did a fantastic job maintaining their strong lead, carrying a separation of 112-87 into the fourth.

Terry Rozier led all scorers in this one, posting 39 points on six threes. LaMelo Ball also had an efficient night pouring it in with 24 along with facilitating 12 assists. PJ Washington also chipped in on the effort with 23 points.

Bobby Portis led the way for Milwaukee, contributing with 19 points. AJ Green finished with 13 of his own. Grayson Allen and Jrue Holiday matched one another with 12 points apiece.

The first quarter set the tone for this one right away.

Charlotte wasted no time getting in front during this one, roaring out to a huge lead. It wasn’t as if the Bucks weren’t hitting shots. However, Charlotte was much more effective from other areas of the floor and the Bucks simply were unable to make stops. A lack of urgency was definitely missing in this one. It’s also becoming a dangerous theme for Milwaukee, as it was the fourth time they’ve lost by 20 points since the loss in Memphis on December 15th.

Terry Rozier was automatic for the Hornets.

Did somebody turn it back to the playoffs vs. Eric Bledsoe? Apparently, Terry Rozier did. He exploded for the Hornets, capping in on 39 points, including six threes. The big pattern in Rozier’s game was that he seemed to nullify any 3-pointer Milwaukee made with one of his own. Whenever a team is facing a huge deficit, having it immediately erased on the other end is always a huge blow — and that’s exactly what happened to the Bucks on numerous occasions with Rozier.

We don’t see these nights from Giannis too often.

It’s safe to say that this was a stat line that was out of the ordinary for Giannis. In 22 minutes played, he failed to tally double-digit points (just nine), hauled in just four rebounds, and zero assists. Sure he’s been great in his recent stretch, but a dud like this definitely wasn’t expected. It’s his first time in two years that he hasn’t scored double-digit points, nor recorded a single assist. We all know it’s not going to become a pattern, but my oh my, does this performance stick out like a sore thumb.

Mike Budenholzer: “We just haven’t matched what it takes to be competitive in an NBA game on multiple occasions now and it’s concerning.”