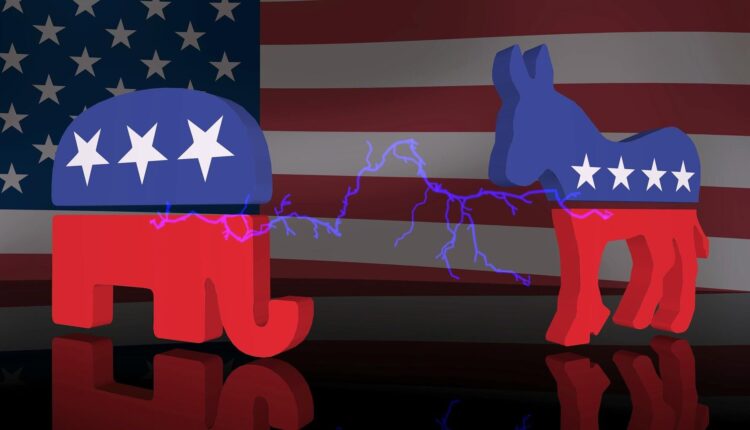 The race between Republican Sen. Ron Johnson and his Democratic challenger, Lt. Gov. Mandela Barnes, has tightened into a dead heat, with Johnson now leading by a percentage point in the latest Marquette Law School poll.

Democratic Gov. Tony Evers maintains a slight 3-point lead over Republican challenger Tim Michels in the Marquette poll released Wednesday. But in both races, the gap between candidates is within the margin of error for the polls — making the races essentially a toss-up.

The new poll shows Johnson edging Barnes 49% to 48% among likely voters, erasing the 7-point lead Barnes had in the poll’s August survey. The swing has come almost entirely among independent voters and follows weeks of attack ads against Barnes by the Johnson campaign.

“The shift in the Senate numbers is a predictable result of an overwhelming and high-priced negative campaign against Mandela Barnes,” said Anthony Chergosky, a political scientist at the University of Wisconsin-La Crosse.

In Marquette’s August poll, Barnes was favored over Johnson 52% to 45% among likely voters. Among registered voters, a broader group, independents favored Barnes by an even wider margin: 52% to 38% for Johnson. 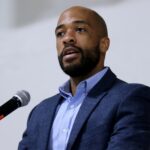 “Last month, independents were hugely for Barnes,” said Charles Franklin, the Marquette Law School poll director. “But this time they’re leaning to Johnson by 48 to 46.”

When voters were asked in August whether they viewed the candidates favorably or unfavorably, they expressed “very positive views of Barnes,” Franklin said: 38% favorable, 22% unfavorable. But in that poll, “41% said they didn’t know enough to have an opinion about him.”

That sizeable segment was “ripe for the campaigns to have an effect,” Franklin said, and the September poll bears that out. In the new survey, 33% of likely voters had a favorable opinion of Barnes and 32% an unfavorable one. Another 34% said they didn’t know or hadn’t heard enough to form an opinion.

With so many voters in August who didn’t express an opinion, “It’s no surprise to me that the negative ads  have had a significant effect,” Chergosky said. “The question now is, how does the Barnes team respond.”

Notwithstanding Barnes’ slip, Johnson’s own favorability ratings are under water. While 39% of voters in the survey viewed him favorably in the September poll, 47% viewed him unfavorably. And unlike Barnes, Johnson’s net negative favorability numbers haven’t moved, Chergosky observed. 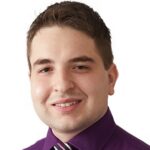 “At this point I’m wondering if public perceptions of Ron Johnson can even be changed in any significant manner between now and the election,” he said. If they cannot, “then this election is going to come down to the battle over Mandela Barnes’ image. I’m watching this campaign to see if Ron Johnson tries to improve his favorability numbers, or if his strategy is really to double and triple down on going negative against Barnes.”

In contrast to the dramatic shift in the Senate race, the race for governor looks much more stable, albeit very tight.

In the September survey, Evers was the choice of 47% of likely voters, while Michels was preferred by 44%. That is slightly tighter from August, when Evers led 48%-44%. 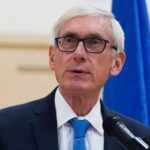 Evers holds a broader advantage among independent voters, who favored the Democratic incumbent 45% to 39% for the Republican challenger in the new survey, but that, too, is tightening from August, Franklin said. 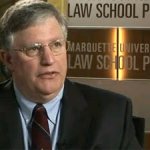 Franklin said both Barnes and Michels could benefit from larger numbers of voters who still say they don’t know enough about the candidate to have an opinion. With more than a third of voters who said that about Barnes, “there’s still room for people to get to know him,” said Franklin. “The same thing for Michels, I think.” 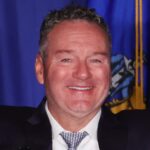 With the top two races so close in the polls, the outcome in November may rest on how eager either party’s voters are to get to the polls. The Marquette poll tries to gauge that by asking voters how certain they are to vote in the coming election.

On that question, Democrats have gained on Republicans in the latest poll, with 80% of Democrats saying they were “absolutely certain that they’re going to vote,” Franklin said, compared with 77% of Republicans and 71% of independents.

Chergosky suggested the increased Democratic enthusiasm could be tied to concern about abortion rights as a result of the U.S. Supreme Court ruling in June overturning Roe v. Wade and ending a national right to abortion. The Marquette survey showed 63% of all voters, 66% of independents and 96% of Democrats opposed that decision, while 59% of Republicans favored it.

Much larger majorities of all groups, however, favored allowing legal abortion in the event of rape or incest, including 83% of all those surveyed, 70% of Republicans, 83% of independents and 96% of Democrats. Wisconsin’s 1849 law banning abortion includes no exception for rape or incest.

Chergosky said that the broad support for abortion rights in the poll doesn’t appear to be translating directly into people’s voting choices, even after the June Supreme Court ruling. Where it may be making a difference, he said, is in revving up Democrats’ enthusiasm to vote in 2022, in contrast to the predictions over the last couple of years that as the party holding the White House, they would likely have a bad midterm election outcome this year.

“What I’m seeing in this poll and other polls still points to a challenging year for the Democrats, but I’m not seeing signs of a complete wipeout,” Chergosky said.