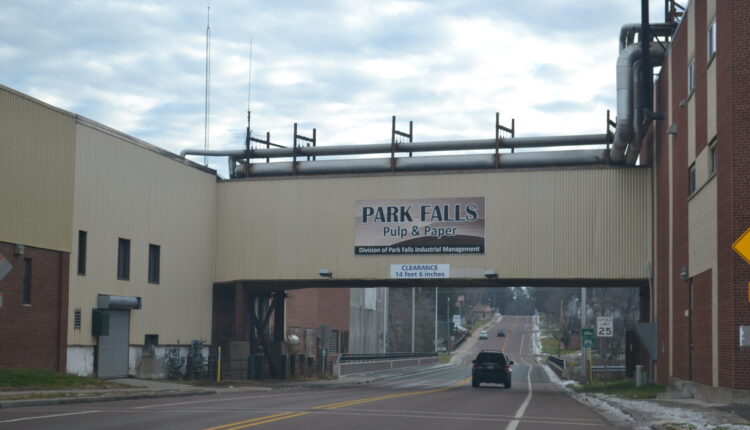 Since early summer the community of Park Falls has been hoping for a boost from the state of Wisconsin that would enable the city’s shuttered paper mill to hang on, find new owners and reopen.

Last week the door closed on that option as machinery and equipment from the Park Falls Pulp & Paper plant was auctioned off. Invoices from the auction have gone out and winning bidders have begun to pick up their purchases, Park Falls Mayor Michael Bablick said Monday.

Prospective purchasers for the mill as a going concern had hoped that the Wisconsin Legislature would pass a $15 million loan guarantee that could have enabled them to make an offer.

“It would have been the difference between it running or not running,” said Bablick, who has been in touch with parties interested in buying the plant.

The auction for plant equipment, which was conducted online, began Tuesday, Nov. 16 and continued through Thursday, Nov. 18. In the previous week and even through the auction, some in the community hoped for a last-minute reprieve that might save the plant from being dismantled.

“It’s a dirty shame that it is closing, simply because of the impact it had on our community,” said Sam Pritzl, president of Park Falls Area Community Development.

When last operating, the plant had about 60 to 80 employees, said Pritzl — one tenth of its peak decades ago. But the fact that it won’t reopen has a broader effect, he said, shutting off an important market for loggers who took timber in the North Woods and sold it to the mill as well as truckers who transported the wood to the plant.

The mill was the single biggest customer for the Park Falls water utility, said Bablick, accounting for two-thirds of its water sales.

The job losses might not be as big a shock to the community, however — mainly because of how much smaller the plant’s employment has been in the last few years. The slow attrition of jobs has made it “a lot more tolerable,” Pritzl said.

Workers from the shuttered mill describe years of changing ownership and the slow demise of the operation as well as a series of closings and reopenings in the last decade.

Originally known as Flambeau Paper, the mill at one point employed as many as 800 people and provided the best-paid jobs in the community and the surrounding area.

“The town was built around it,” said John Tapplin, president of the United Steelworkers union local that represents plant employees and a veteran of the mill since the 1970s.

Sold in 2006, it was renamed Flambeau River Paper. By that time it had about 300 employees.

In 2019, the company was sold again to Niagara Worldwide, which reopened the plant a year later in the fall of 2020 as Park Falls Pulp & Paper LLC. Niagara shut it down in May 2021, eventually selling it to Maynard Industries, a liquidation company.

Paul Hyland, the union vice president, says workers had been frustrated for years by what they saw as the unwillingness of successive plant owners to invest or to make the best use of the plant’s production. Erosion of their wages — although they remained the best in the community — and benefits also became a sore point.

Even so, Hyland and Tapplin say the plant fostered bonds of camaraderie among workers. Those relationships kept some workers returning after being laid off repeatedly.

While many had found other jobs during the most recent layoff in May, a number of them looked forward to returning in the event new owners came forward with a solid offer. “I’m just disappointed that nobody committed,” Hyland says of the potential investors.

Prospective investors who were proposing to buy and restart the plant had been in touch with state and local officials. But Bablick said without certainty of the state’s proposed loan guarantee, the would-be purchasers were unable to move forward with an offer.

From the shutdown in May through last week’s auction, Bablick and others in the community, especially workers who had made their living at the plant, hoped that a new investor could emerge, acquire the plant and revive it.

The most recent hope was in the form of the Assembly bill AB-682, which coupled a $15 million loan guarantee for the Park Falls plant with a $1 million grant for a closed Verso Papers plant in Wisconsin Rapids. The legislation passed the Assembly on a broad bipartisan vote of 96-2.

By the time the Assembly acted, however, the state Senate had held its last floor session for the calendar year. The timing frustrated officials in Park Falls who had been working to try to help prospective buyers with a deal.

Etching the Pain of Covid Into the Flesh of Survivors