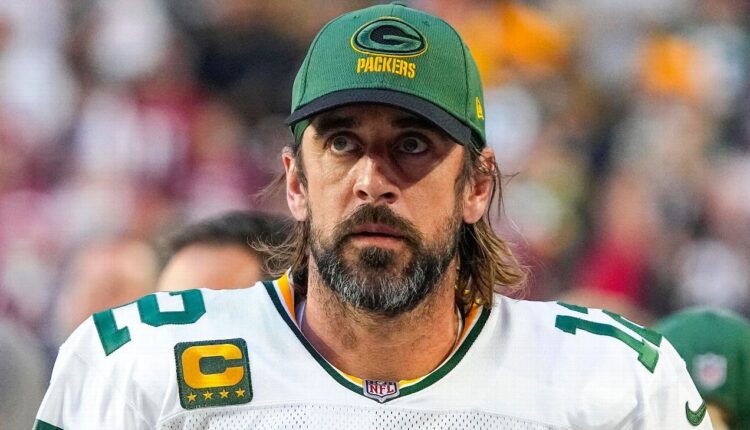 GREEN BAY, Wisconsin – Keeping Aaron Rodgers off his broken toe was more important to the Packers this week than getting him onto the training field.

So coach Matt LaFleur approached the preparation for Sunday’s game against the Los Angeles Rams at Lambeau Field.

Rodgers didn’t practice on Friday which made the whole week a non-participant. A week earlier he’d done at least a few reps in Friday practice, leading to the loss to the Minnesota Vikings last Sunday – a game where Rodgers started slowly but was almost unstoppable after halftime, and touchdown drives on every possession in the second Half led.

Jordan Love handled all of the workout snaps all week.

“Well, he came down to practice,” LaFleur said of Rodgers on Friday. “He didn’t take part in training, but he was out there and passed the calls to Jordan, just doing the practice of just saying the game calls.”

Leaving no doubt that Rodgers will start, LaFleur said, “Yes, he will play.”

This has become the new norm since Rodgers was put on the Reserve / COVID-19 list on November 3rd. He missed the next game in Kansas City and returned to the team the day before the November 14 game against Seattle, a 17-0 win. Rodgers has only trained once since returning from the reserve list on Nov. 13.

“It’s been going like this for the past few weeks,” said Packers offensive coordinator Nathaniel Hackett. “I’m just telling you my respect for him as a player is increasing. Everyone’s talking about how he can throw the ball as well as possible, but his toughness is incredible. It’s great to do what’s going on. Us trust him very much and know that he will do whatever he can to prepare for the game and be able to leave. “

Rodgers on Wednesday cleared up some of the mysteries surrounding his toe injury, which he believed had happened during his COVID-19 quarantine, and left open the possibility that he could have surgery while saying goodbye next week as long as it doesn’t get him off holds any games.

“It comes down to managing the pain,” Rodgers said earlier this week.

The Packers (8-3) struggle with a few other injury problems while the Rams (7-3) come into play relatively healthy after their farewell week.

In addition to foregoing three starting offensive linemen (David Bakhtiari, Elgton Jenkins and Josh Myers) and two of their top defensive players (Jaire Alexander and Za’Darius Smith), the Packers have three key players listed as questionable for Sunday: running back Aaron Jones (knee), wide receiver Allen Lazard (shoulder) and outside linebacker Rashan Gary (elbow). Neither of those three played the Vikings last week, but all of them have trained to varying degrees this week.

“If a guy is released to play, we’ll let him go,” LaFleur said when asked about the impact of the bye on the decision-making process next week. “But you also pay attention to what you have in front of you.”