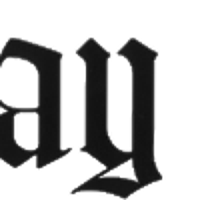 MADISON – Shots were fired by a suspect who attempted to steal a Madison homeowner’s car last week and police are asking residents to lock their vehicles. Meanwhile, there were a number of catalytic converter thefts last month in Tamworth.

Madison Police on Facebook said November 11th that there had been a “rash of car break-ins” from Wakefield to Madison and the police asked the public to close their doors.

“It is believed that there are three suspects and they should be considered armed,” Madison police said. “Please call Madison PD with information. A dark limousine was spotted during a break-in. “

In a telephone interview on Monday, Madison Chief Bob King confirmed that gunshots had been fired in an incident early Thursday morning. He said one of the homeowners whose car was reportedly tampered with was alerted by his dog barking. The homeowner “went on a short chase and one of the suspects fired a pistol into the air four or five times”.

King said if this suspect were found he or she would be charged with reckless behavior in relation to firing the gun.

“We don’t think the people doing this are from the area,” King told the car theft suspect.

King believes that a handgun was taken from a car in Wakefield and the caliber of this pistol is the same as the handgun fired in Madison, but it is not clear whether it was from the same weapon, but it is “very possible.”

King said 17 cars were hit in Madison in the early hours of November 11th. King believes the thieves hit Wakefield hours earlier. The thefts in Madison took place on back roads a mile or less on state highways like 41 and 113.

WMUR reported that Wakefield Police were investigating at least 13 thefts of cars on November 11th. King said he believed there were a number of reports in the Brownfield / Porter, Maine areas.

James Urquhart, deputy chief of the Oxford Sheriff’s Office, confirmed on Monday that he has a deputy working on such cases in the area. Urquhart said he will provide more information as developments evolve.

At 11:30 a.m. on Monday, Maine State Police were working on four vehicle break-ins on Brownfield Street in Porter. Credit cards, cash and small electronics were stolen. In all cases the doors were unlocked.

When asked what type of items are stolen, King said items stolen from unlocked cars include everything from hunting rifles to wallets and backpacks. He said items that can be quickly sold for cash have been targeted, but they have not taken any tools. King believes the thieves get in and out of unlocked cars quickly.

“There has been no violent entry into a car,” said King. “Several cars were boarded and nothing was taken.”

King asks the residents, “for God’s sake, to take the guns out of the cars at night”.

When asked if lethal force could be used against the thieves, King did not say unless the thief posed a serious threat to someone else’s safety.

Wakefield police said on their November 11th post that several local residents were stolen from their cars between 11:30 p.m. last Wednesday and 1 a.m. last Thursday.

“Wakefield Police are asking residents of the following streets to review all home security footage during this period and look for a mid-size SUV in the area: Gage Hill Road, Stoneham Road, Grandview Loop, Wilson Road, and Crew Road” said the Wakefield police. “This is not an exhaustive list and we urge everyone on the north end of town off Route 16 to check all cameras. Please contact Wakefield Police with any information. “

Conway Police recorded on Facebook on Nov. 11 to warn residents of a series of vehicle thefts in neighboring towns.

“Be vigilant, please lock your vehicles and leave no valuables inside,” said Conway police. “Because these thefts usually happen overnight, during the hours when most of us are asleep and potential criminals are hidden in the dark, they often go unnoticed. Vehicles in driveways are deliberately attacked. Please do not allow yourself to be an easy target for criminals, lock your doors! Keep an eye out if you notice any suspicious activity in your neighborhood at night, please call! “

Tamworth police said Oct. 28 that there have been eight reports of catalytic converter thefts in the past two weeks.

King said he doesn’t think the thefts of catalytic converters were perpetrated by the same thieves as the more general thefts of cars.

“This happens at any time of the day, including during the day in busy areas,” Tamworth police said. “This is not just a regional problem, but a national problem. Yes, we have suspects on the cases, but we ask that you be vigilant and be aware that this could happen to you. I won’t go into detail because criminals can read too, but do your own research to understand which vehicles are of interest and how you can protect yourself. “

2. Loud acoustic motion alarms around your vehicle also serve as a deterrent.

3. Security cameras can sometimes be of great help.

3. Record suspicious vehicles parked near you and record the license plate number, make, and color of the vehicle.

4. There are devices that you can attach to your vehicle around the “cat” that can prevent theft. The cost of these devices can be lower than the cost of replacing them.

5. If you paint your ‘cat’ with high temperature paint and scratch the last four of your VIN numbers, stealing may be less desirable.

6. If your dog barks, look out the window and check your vehicles as the thief may be in your yard.

7. Call immediately when you have the suspicious vehicle information. Catching them with the part in hand helps a lot. If you have any questions or concerns, please contact the station as always.