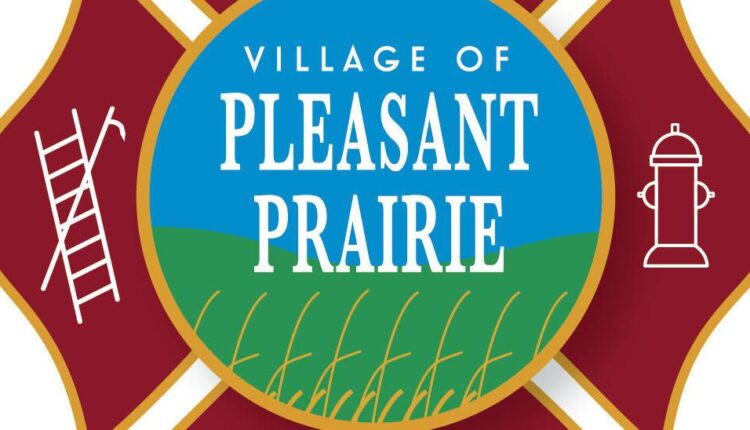 PLEASANT PRAIRIE – Village voters will vote on a $ 1.6 million referendum this spring asking if the community can cross the state-imposed tax limit to add 16 additional public safety workers to adjust.

The village board unanimously passed a resolution on Monday evening that includes the referendum in the vote on April 5th. The referendum would increase local property taxes to maintain the existing police, fire and rescue services by hiring four additional police officers and 12 fire emergency medical officers. The village is currently looked after by 36 sworn police officers and 27 full-time fire and rescue workers.

The referendum will appear on the voting slip as follows:

“State law limits the increase in the Village of Pleasant Prairie levy for the next fiscal year 2023 tax to 2.57%, equivalent to a levy of $ 14,619,727. May the Village of Pleasant Prairie exceed this limit and raise the levy by a total of 10.94% for the next fiscal year 2023 for the purpose of recruiting and retaining additional sworn police officers and fire and rescue workers, resulting in a levy of $ 16,219,727 and continuously include the increase of $ 1,600,000 for each future fiscal year? “

According to the decision, the referendum would be binding. Thus, a “yes” would enable the village council to exceed the state-imposed tax limits for paying the additional staff. The increased surcharge would then apply continuously by including it in the assessment base for the future calculation of the surcharge limit. A “no” vote does not allow the village council to exceed the thresholds for additional staff, and both departments for public safety would continue to be manned.

Last month the village released the results of a community-wide survey in which 89 percent of 2,145 respondents believed it was important that the village maintain the current level of emergency services. According to village manager Nathan Thiel, this would make it necessary to employ additional police and fire service personnel. An evaluation study revealed the need for 12 additional fire fighters (fire fighters and rescue workers), four more police officers and a third fire station.

The poll results also showed that 55 percent of residents who responded were in favor of a referendum to allow the village to raise local property taxes to help fund public safety. In addition, more than 60 percent encouraged the village to consider additional funding options to maintain current levels of services rather than reducing services to balance the budget.

Thiel said the impact on property taxes levied in 2023 would be an increase of $ 42 per $ 100,000 of the estimated property value. According to data provided by Pleasant Prairie during the meeting, the village currently spends about $ 183 per capita on fire and rescue services and $ 210 per capita on law enforcement.

“For the past few years we have been working around this problem knowing it existed and its impact has increased,” said Village Board Member Michael Pollocoff.

Pollocoff said the village had been able to effectively deploy volunteer and part-time fire and rescue personnel in the past, but acknowledged that the needs of the community were different at the time. In the past, firefighters’ wives would have acted as volunteer dispatchers while their husbands responded to fire calls.

“Well, the days of this type of work are long gone,” he said.

“The village has had a discount and bargain on fire and rescue services for years, and those days are over,” he said.

He has taken on the village in its growth and development, particularly in manufacturing and trading, a greater share of the cost of public security services compared to many communities at the local and national levels.

He said a referendum “makes the most sense”.

“I think it is our responsibility to maintain this quality and level of service. We’re just growing and the demand just keeps getting bigger, ”he said. “We have barely kept pace so far and now it is time to take the step so that we are prepared for the future, because catching up is becoming increasingly difficult.”

Thiel said the village will hold two virtual public referendum briefings ahead of the April elections to educate attendees and answer questions about public safety needs. They will take place on February 23 and March 26 at 6 p.m. The online access data will be announced in the coming weeks.

IN PHOTOS: K-9 units of the local police

An anonymous donation in memory of Randy Copenharve was recently made to the K-9 unit of the Pleasant Prairie Police Department, led by Officer Mike Algiers and 4 year old German Shepherd Chase. Copenharve, who died suddenly last September, was a frequent supporter of the K-9 unit and other areas in the village.

Iris, the Kenosha Police Department’s electronic-sniffing Labrador, takes a break from Kenosha’s Lynch Chevrolet, the dealership that Iris and her dealer, Detective Pete Deates, provided with a transport vehicle.

Jeff Auger, general manager of Lynch Chevrolet by Kenosha, left, and Kenosha Police Detective Pete Deates pose with Iris, the electronic-sniffing Labrador, at the dealership on 75th Street. Lynch recently partnered with Operation Underground Railroad, a nonprofit agency dedicated to combating child sex trafficking, to provide a vehicle for Deates and Iris. The vehicle is not the one in the photo.

New K-9 officer Jaxx became a member of the Twin Lakes Police Department this week. Donations from the community helped cover the costs.

Twin Lakes Police swear by their K-9, Jaxx, in April.

Iris, a two-year-old black lab technician, has joined the Kenosha Police Department. As a K9 officer, she specializes in electronic detection.


Get Local News in Your Inbox!