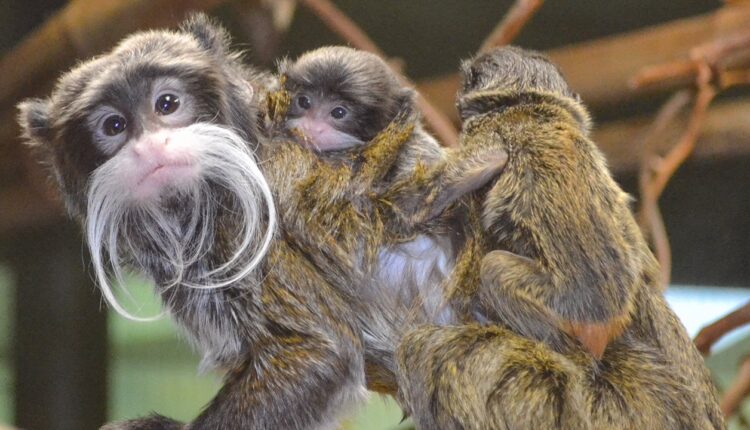 RACINE, Wis. – The Racine Zoo announced the arrival of twins from Imperial Tamarin twins to parents Amelie and Pitino on Wednesday January 12th.

Amelie, the mother, was born at Racine Zoo herself, and their youngest offspring are the couple’s fifth and sixth offspring in the past three years.

The babies born on December 22, 2021 are doing well, the zoo announced. Racine Zoo is one of three zoos currently successfully breeding imperial monkeys, and these offspring are also the 13th and 14th offspring born at the zoo since breeding began in the 2010s.

Raising tamarins is a family affair, said the zoo – especially with twins. Visitors can often find the babies on their mother or father’s back as they jump through the branches of their home. As the babies grow up, they venture off their family members’ backs and wander around the exhibition themselves.

Currently, visitors can see all eight tamarins on display in the Vanishing Kingdom building at Racine Zoo.

Angelica Duria checks in after the birth of her son