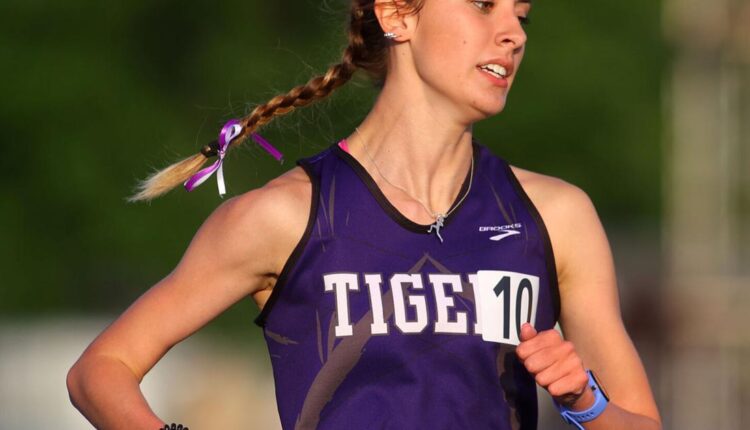 BLOOMINGTON — Northwestern sophomore Hannah Moore took 10th place in the 1,600-meter run for the best showing of the three KT-area athletes who competed in the IHSAA Girls Track and Field State Finals on Friday at IU’s Robert C. Haugh Complex.

Led by Ramiah Elliott, North Central won the team title. Elliott won the 100, 200 and 400 dashes and anchored the winning 4×400 relay. She is the first athlete, girl or boy, to win all four in a single state meet.

For all-state, the SCAI had a first, second and third team for 4A and 3A schools and the same for 2A and 1A schools. Each of the groupings had a maximum of five players from each of the five districts for a maximum of 25 players.

For 4A/3A all-state, Trine made the first team — and is the District 2 nominee for Indiana Miss Softball. The Trine University recruit batted .558 with 22 extra-base hits, 29 RBI and 30 runs over 25 games.

In addition, Trine made the 21-player North team for the annual North-South senior all-star series. The showcase is set for June 24-25 at Indiana University.

Coan and Keene are repeat all-state picks. They made the third team in 2021.

Lebanon led 56-55 at halftime. The Leprechauns then outscored the BobKats 29-14 in the third quarter to take control.

The decisive game 3 is tonight at Lebanon. The winner will advance to face the Owensboro Thoroughbreds in the Lower Midwest Division finals.

Kokomo led 3-2 after four innings. After Kenosha scored two runs in the fifth to take the lead, the Kingfish scored six runs in the seventh to build a commanding 10-3 lead.

The teams play again tonight at Kenosha. Kokomo then returns home Sunday for a 2:05 pm game against the Rockford Rivets.