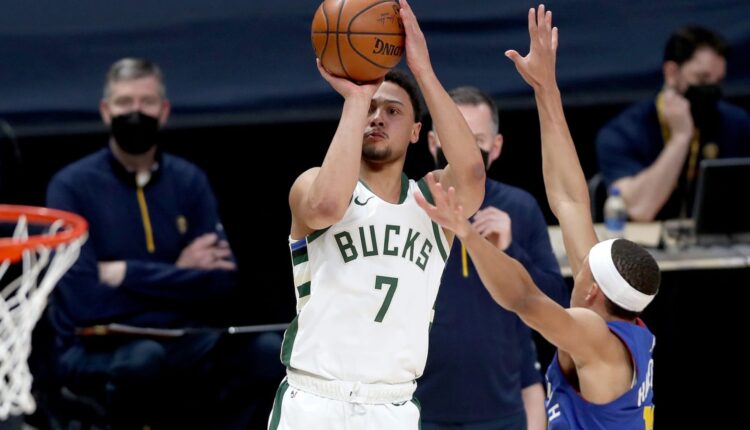 Bryn Forbes is one of the forgotten Milwaukee Bucks from the team’s championship run in 2021. After signing a one-year contract with the Spurs and being traded mid-season to the Nuggets, Forbes is set to become a free agent again during the 2022 offseason . He would make sense as a potential free agent target for the Bucks if they want to go that route, and these are the pros and cons of a Bryn Forbes reunion for Milwaukee.

Forbes is only 6-foot-2. Now, you may be wondering why that matters so much. It’s because it can cause troubles for Forbes on both sides of the ball.

Defensively, Forbes is a liability out there because most of the players he guards will take advantage of the mismatches with his size. This was put on full display during his lone season with the Bucks during the 2020-2021 season, where opponents shot 51.1 percent from the field when matched up with Forbes and 43.9 percent from three, per NBA.com/stats.

It would not be good to have another scenario similar to what happened to George Hill in the 2022 playoffs, where Boston tried to get Hill to switch on screens and hunted for matchups on Hill. The same thing would almost certainly end up happening with Forbes, considering how bad the above numbers actually are.

His height also becomes problematic on the offensive side of things, as he struggles with making contested shots. During his 2020-2021 season with the Bucks, Forbes shot only 38.9 percent on shots where he was very tightly contested (closest defender within 0-2 feet) and 33.3 percent from three when defended at the same range.

You may be thinking that it’s common for players to struggle shooting contested shots and Forbes’ height has nothing to do with it. While that may be true in some cases, it’s a lot more likely for length to disrupt someone who doesn’t have all that much length themselves, than somebody who can simply reach over the contest with length of their own.

The District of Columbia allows incarcerated people to vote, a rarity in the U.S.