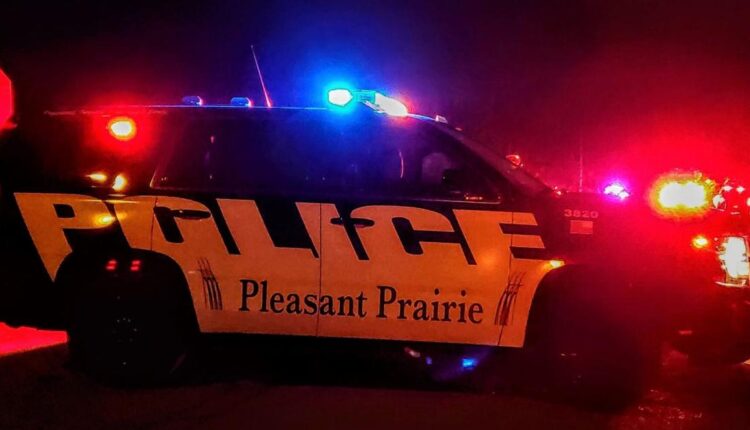 A 50-year-old Waukegan, Ill.,-man, the driver of the vehicle, and his passenger, a 37-year-old woman from Kenosha were transported separately by Flight For Life helicopters to Froedtert Hospital in Wauwatosa following the crash, according to Sgt. Zach Dutter of the Pleasant Prairie Police Department. Village police responded at 6:27 pm along with fire and rescue personnel who were called to the scene.

“He sustained substantial injuries,” said Dutter. “We were advised that his injuries were non-survivable. But he is, right now, still alive.”

Dutter said the woman also had “significant” life-threatening injuries, but is “stable and expected to survive.” Their conditions were not immediately available.

If you have been on the road this past year, you’ve probably seen more accidents on the road than you ever have. You’re not wrong. Traffic fatalities are not only increasing they are hitting historic highs. Almost 43,000 people died in motor vehicle accidents in 2021. Cheddar’s Shannon Lanier investigates – and finds out why.

Dutter said Flight For Life airlifted the man directly from the scene. The woman, however, was first transported by ambulance to Froedtert Pleasant Prairie Hospital and later flown to Froedtert Hospital in Wauwatosa.

The driver of the second vehicle, a 60-year-old Kenosha man, had minor injuries and was transported by ambulance to Froedtert Pleasant Prairie Hospital.

“He is expected to be just fine,” he said.

Dutter said preliminary investigations indicated that a blue Chevrolet sedan, driven by the man from Waukegan, and a red Toyota SUV, driven by the Kenosha man, were involved in the collision.

Authorities investigating the crash believe that speed was a factor in the collision.

“We are not aware of any alcohol involved,” he said.

Authorities have contacted the Wisconsin State Patrol’s traffic reconstruction unit to assist in the investigation.

“We do have video of the incident that is being collected and will be reviewed. As of right now, there have been no citations issued. We are still actively investigating. Unfortunately, due to the age of the sedan it doesn’t have an airbag module so we can’t download it to see the speeds,” he said. “But the Toyota does have an airbag module that we will be able to download and we should be able to get an approximate speed for the sedan based off that vehicle.”

The intersection was closed for nearly five hours and multiple law enforcement agencies, including the Kenosha Police Department, Kenosha County Sheriff’s Department and the state patrol helped to preserve the scene and re-directed traffic.

Dutter said based on interviews from witnesses to the crash, “excessive speed” involving the sedan was believed to be a factor.

“It was definitely a very sad incident. Unfortunately, a lot of people witnessed the fallout from this,” he said.

He said, however, that he was heartened to see people step up to help with “no questions asked.”

“Both the male and female were attended to by multiple passersby. One passerby did CPR on the male gentleman and actually got a pulse back and so he did an absolutely fantastic job,” Dutter said. “It was heartwarming to see the community come together at just the drop of a pin. I’m proud to say that you know? We all are a part of this community… that kind of stuff… you don’t see that every day.”

In what Pleasant Prairie Police described as a “holiday miracle,” the woman driving this vehicle managed to walk away with only minor injuries after a crash with a semi-trailer on Wednesday morning, Dec. 22, on Green Bay Road. The Pleasant Prairie Police Department is working with other area law enforcement agencies to help prevent crashes and injuries by targeting high-speed and reckless driving on Highway 31 (Green Bay Road).

A red Hyundai Sonata and a black Toyota Corolla were involved in a crash at the intersection of Green bay road and 67th St. The Corolla suffered severe damage to the driver side door.

Crews tow two vehicles involved in a crash at the intersection of Highway 50 and Green Bay Road late Tuesday. One person was transported to a local hospital with minor injuries, according to Kenosha police.

Rescue workers work Tuesday at the scene of a crash involving a camper at the 6400 block of Green Bay Road.

Kenosha Police and Fire Department personnel responded to this two-vehicle crash just before 11 am Friday at the intersection of Highways 50 and 31. The accident caused one vehicle to roll over onto its roof, and one person from that vehicle was transported to an area hospital from the scene. No further information was available Friday.


Be the first to know