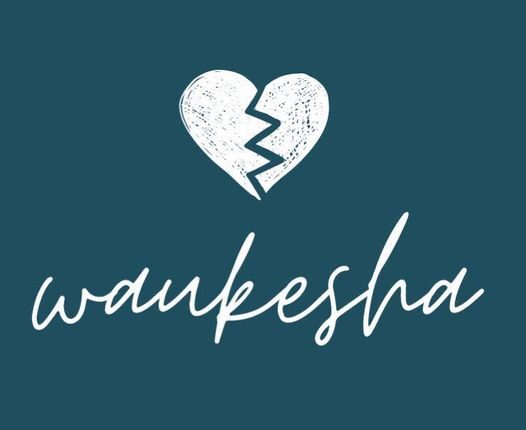 State Rep. Sara Rodriguez (D-Brookfield) was marching in the Christmas parade on Sunday afternoon with the Waukesha County Democrats and had just reached the end of the parade route when the crowd came surging up behind her. People were screaming and running from a red SUV that broke through police barricades and barreled into the parade, killing five people and injuring dozens, and creating a scene of carnage that Waukesha police compared to “a war zone.” In those early moments, as Rodriguez stood on the street trying to figure out what was happening, police were urging people to take shelter, she says, and were still not sure if there was an active shooter on the loose.

Rodriguez’s son, a student at Waukesha South High School, was not at the parade, but his best friend is a member of the marching band seen in a much-viewed cellphone video as the SUV plows into the band members who are playing Jingle Bells.

“This is just devastating for our community,” said Rodriguez, who spent hours on the phone with friends and other Waukesha parents on Sunday and Monday.

“I know this city; it’s a diverse, strong city and I know we’ll come back better than ever,” she added.

Rodriguez was on her way to a vigil in Waukesha’s Cutler Park. “We need to come together as a community to get beyond this tragedy,” she said. “I’m thinking about the families in Waukesha who lost loved ones. My thoughts and prayers go out to them.”

Gov. Tony Evers expressed a similar sentiment, calling for compassion for the families of the victims, whom he honored by ordering flags throughout the state lowered to half-staff. In a statement, Evers said, “In Wisconsin, when we face some of our darkest days and most difficult struggles, we find strength in our communities and in the compassion, empathy, and respect we show one another. Every day—but especially today—please be kind. Be patient. Take good care of each other.”

At a Monday afternoon press conference by police and city officials in Waukesha, Waukesha’s police chief, Dan Thompson, choked up as he read the names of the deceased—Virginia Sorenson, 79; LeAnna Owens, 71; Tamara Durand, 52, Jane Kulich, 52, and Wilhelm Hospel, 82 — several of whom were at the parade to perform as members of the Dancing Grannies.

Chaplain George Papachristou gave an invocation before the police chief spoke, saying, “please comfort the witnesses to this tragedy.”

“We ask for healing in this land,” Papachristou continued, “and an end to the violence that seems to be all around us.”

It’s true that violence seems to be all around us in Wisconsin — a scary and bewildering state of affairs.

On social media and in news reports, many people connected the violence in Waukesha to the recently concluded trial of Kyle Rittenhouse. As AP helpfully pointed out, “Waukesha is about 55 miles (90 kilometers) from Kenosha, where Kyle Rittenhouse was acquitted Friday of all charges in the shooting deaths of two men and the wounding of a third during unrest there in 2020.”

Social media users spun out more direct comparisons of Rittenhouse and Darrell Brooks Jr., 39, whom police have identified as the driver of the red SUV and the lone suspect in the Waukesha parade killings. DuPage County Democratic Party social media director Mary Lemanski lost her job Monday after tweeting, “It was probably just self-defense #Wisconsin #KyleRittenhouse” — a reference to outrage over the successful self-defense argument in the Rittenhouse trial, in which the jury cleared Rittenhouse, a white teenager, of all charges for shooting and killing Black Lives Matter demonstrators with a semi-automatic rifle in Kenosha last summer. Lemanski followed up with a tweet in which she said, “I’m sad. I’m sad anytime anyone dies. I just believe in Karma and this came around quick on the citizens of Wisconsin.”

Ken Mejia-Beal, chair of the DuPage Democratic Party, told the Chicago Tribune that Lemanski was “let go” after he became aware of her comments, which he called “callous and reprehensible.”

“We don’t applaud or celebrate tragedy,” Meija-Beal told the Tribune. “This was a tragedy. These were folks that were out at a joyous occasion having a great time at a beautiful and festive time of the year. We, as a party, disavow Mary’s Twitter comments, the sentiment behind them. We are with the victims of this tragedy.”

From the other side of the political divide, rightwing Twitter users blamed Democrats for “inciting violence” in Waukesha and seized on the fact that Brooks is Black. One Twitter user wrote: “Violent black nationalist BLM supporter murders children and senior citizens in Christmas parade terror attack.”

A gun-rights enthusiast weighed in with a sarcastic comment, even as the tragedy was still unfolding, calling for “common sense” laws to regulate SUVs, as if the fact that cars can be deadly means there is no point in regulating access to the weapons flooding our communities whose only purpose is to kill and maim people.

The instant politicization of the tragedy does nothing to help the community heal or make sense of things. Instead, it aggravates divisions, drives people farther apart, and makes coming together to solve problems seem nearly impossible. Public safety, like public health, is just another battleground in a snarky social media tribal war.

But back in reality, there are people trying to do something constructive in this terrible moment.

If there are any lessons to be learned from the devastating, senseless violence at the Christmas parade on Sunday, Rodriguez says, it might be that “when we talk about criminal justice reform, public safety still needs to be part of it.”

That’s a position that will please neither side in the social media war. But it makes sense.

In the case of Brooks, the driver of the red SUV, who was out on $1,000 bail for charges including domestic violence, battery and reckless endangerment, Rodriguez says, “We need to make sure we are getting bail appropriately set when it comes to violent crime.”

A statement released Monday by Milwaukee County District Attorney John Chisholm bolsters her point. Chisholm noted that in pressing charges against Brooks on Nov. 5 for second-degree recklessly endangering safety, felony bail jumping, battery, obstructing an officer and disorderly conduct, “The State made a cash bail request in this case of $1,000, which was set by the court. The defendant posted $1,000 cash bail on Nov. 11, resulting in his release from custody.”

“The State’s bail recommendation in this case was inappropriately low in light of the nature of the recent charges and the pending charges against Mr. Brooks,” Chisholm added.

“The office is currently conducting an internal review of the decision to make the recent bail recommendation in this matter in order to determine the appropriate next steps.”

Increasing bail is not a panacea. There’s a reason courts have been moving in the opposite direction, weighing the need to keep murderous lunatics like Brooks off the street against a bail system that lets people with money go free while locking up poor people charged with crimes, effectively making them start serving jail time before they’re ever convicted — creating conditions that induce even innocent people to plead guilty in order to get a time-served sentence so they can get out of jail.

In Brooks’ case it seems pretty clear bail should have been higher. A reasonable response to the tragedy in Waukesha would include bail-setting that keeps known violent criminals off the streets. In Kenosha it would include tougher gun laws to keep heavy weaponry out of the hands of self-appointed vigilantes and jumpy teens.

Neither of these measures is the whole answer. A real solution involves figuring out how we stop producing people like Brooks and Rittenhouse in the first place —  angry, violent people with deranged ideas about how they should interact with the rest of the world.

The worst thing about the violence around us is how it perpetuates itself by making people hunker down, retreat and turn their backs on each other. Instead, we need to reach out and connect, take down the temperature, come together to make a better, safer world.