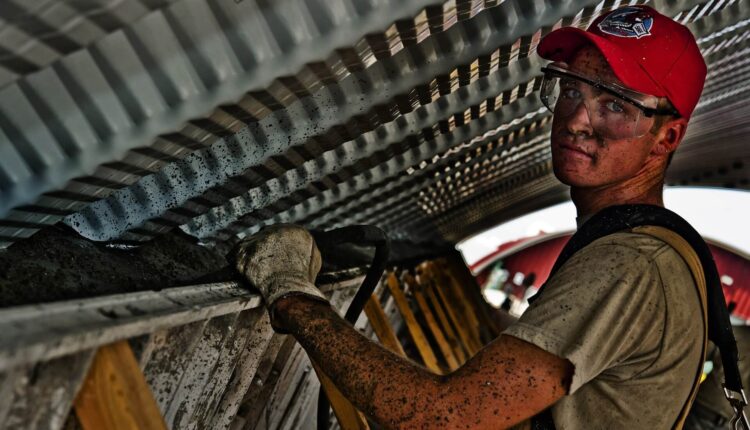 Legislation that passed the state Senate on Monday and will be up for a vote Tuesday in the Assembly would give apprentices a tax break on required classes. But construction industry unions oppose the bill, because for their apprentices, tuition is already paid.

SB-125 and its Assembly companion, AB-115, would allow apprentices to deduct tuition expenses for their apprenticeship program from their state income taxes.

The most visible support for the measure comes from the non-union construction industry. But union-affiliated construction apprenticeship programs already cover the tuition costs of participating apprentices, said Daniel Bukiewicz, president of the Milwaukee area Building and Construction Trades Council, in an interview. The tax-write-off bill “is basically shifting training costs for your business to taxpayers,” he said.

On Monday, the state Senate passed the Senate version on a vote of 19-13. Sen. Rob Stafsholt (R-New Richmond) cast the only vote against the legislation, joining all the Senate Democrats. There was no debate.

The Assembly companion is on the calendar for Tuesday’s Assembly floor session. If the body follows its usual procedure, the Assembly version is likely to be tabled when it comes up, with lawmakers voting instead on whether to concur with the Senate version.

In both Assembly and Senate committee votes, the bills passed on mostly partisan lines with almost no Democratic support. On Oct. 19, the Legislature’s Joint Finance Committee (JFC) voted 11-4 to recommend the legislation, with the panel’s four Democrats all opposed. And some Democrats who had co-sponsored the measure when it was introduced have since withdrawn their support.

That track record for the legislation sets the stage for a probable partisan split in the Assembly. With rare exceptions, Gov. Tony Evers has usually vetoed legislation passed with little or no support from Democrats.

In a statement Monday cheering passage of the bill in the Senate, Sen. Andre Jacque (R-De Pere) said it would encourage enrollment in fields needing workers.

Several business lobbies, including Wisconsin Manufacturers & Commerce, have registered in support of the bill with the Wisconsin Ethics Commission.

But other than the legislators who wrote the bills, the only witnesses who have appeared in support of the bill at public hearings in the Assembly and the Senate were construction employers, including ones affiliated with Associated Builders and Contractors (ABC). The organization represents non-union contractors.

At a Senate public hearing in March, ABC lobbyist John Schulze called the bill an incentive “to get people into the skilled trades” including non-construction fields that have apprenticeships such as funeral services and barbering. “This is just treating apprenticeship students like every other student,” he said.

Construction trades account for more than 7,500 of the 12,000 active apprentices for 2021, according to data from DWD.

The majority of those construction apprentices, however, don’t pay tuition, but are part of programs jointly administered by labor unions and employers that cover their tuition costs. Employers agree to pay for the joint union-employer programs as part of the labor contracts they and the unions negotiate.

Joint union-employer groups continue to operate the vast majority of construction apprenticeship programs, but the ABC and other non-union programs have also grown.

Today, according to DWD data, about 2,500 of the state’s construction apprentices are through programs without union participation, either operated by ABC or by some individual employers outside of the organization. The remaining two thirds, more than 5,000, are in union-affiliated joint programs.

ABC officials were not available Monday to answer questions about the organization’s programs.

By law, all apprenticeship programs include provisions to pay apprentices during their work time as well as during classroom time.

But other than the joint union-employer programs that cover class tuition, other programs aren’t uniform in how they treat tuition. Some employers cover tuition and others reimburse students. ABC, on the other hand, charges tuition and includes a payment portal on its website.

Supporters of the joint union-employer apprenticeship programs contend their programs have stronger curricula that follow uniform, national standards in contrast to the non-union programs.

For employers, “there’s a base level [of knowledge] that’s going to be expected” from a person who has completed the apprenticeship, Bukiewicz said.