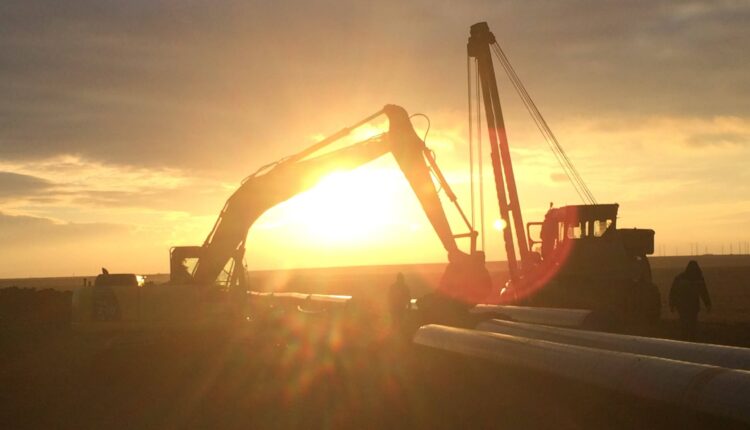 As gasoline prices spiral ahead of the big holiday travel season, President Joe Biden authorized the release of a record 50 million barrels of oil from the Strategic Petroleum Reserve Tuesday—complicating his administration’s goal to transition to cleaner energy sources.

In prepared remarks, Biden said he coordinated the release from the reserve, a complex of four sites along the Louisiana and Texas Gulf Coasts, with leaders in Japan, South Korea, India and the United Kingdom, which would also release their own reserves.

The effort would not affect gas prices overnight, he said.

Republican critics have hammered Biden recently over not moving fast enough to stem inflation and rising prices for energy and consumer goods. But the move highlighting the reliance on oil also comes after Biden and other world leaders at the United Nations Climate Conference pledged to move away from fossil fuels.

The president said the release from the reserve was intended to relieve high prices in the short term, but a strategy to transition to other fuel sources would be more effective in the long term.

Energy Secretary Jennifer Granholm echoed the president’s sentiment to reporters at a press briefing following Biden’s remarks. She said the administration was aiming to provide short-term relief from oil prices that are at a seven-year high.

She said the White House hoped to see domestic oil producers return to their pre-pandemic levels, even as Biden has made climate action a central part of his agenda—which would mean more reliance on clean energy rather than oil.

In his prepared remarks, Biden said high gas prices were “a problem, not just here but across the world.”

He blamed oil-rich countries and large companies for not increasing supply.

“This coordinated action will help us deal with a lack of supply that in turn helps ease prices,” he said. “The bottom line: Today we’re launching a major effort to moderate the price of oil, an effort that will span the globe in reach and ultimately reach your corner gas station, God willing.”

Granholm declined to predict when gasoline and home heating prices would fall as a result of tapping the reserve but said consumers should “start to see some tick-down over the next bit.”

A senior administration official told reporters earlier Tuesday that the release of reserve oil would hit markets in mid-to-late December at the earliest.

The reserve barrels will be released gradually over weeks, Granholm said.

A move to clean energy would be the best thing to protect consumers from “energy price shocks” caused by a dependence on oil, Granholm, a former Michigan governor, said.

The administration’s recently enacted $1.2 trillion physical infrastructure law, with its funding for electric vehicle charging stations and electric grid upgrades, would help with the transition to clean energy, she said.

The second piece of the administration’s two-pronged domestic spending plan, a $2.2 trillion social spending and climate bill that has passed the House and will soon be considered in the Senate, also includes tax credits to help move the energy sector away from fossil fuels to wind, solar and other sustainable energy sources.

But in the short term, the administration is pushing domestic and international oil suppliers to increase production.

“We want to encourage them to increase supply,” she said. “We want supply to be increased, both inside the United States and around the world, so that we can reduce the pressures at the pump.”

The Energy Information Administration, part of the U.S. Energy Department, estimates domestic production was at about 11 million barrels per day over the last 10 months, down from a peak of nearly 13 million in late 2019 and early 2020.

Granholm said the oil and gas industry was 150,000 workers short of its pre-pandemic level. The industry also holds 9,500 permits to drill on public lands and waters that it is not using, she said.

Leases to drill for oil and gas do not always translate to production and can take years to develop.

Last week, Biden tasked the Federal Trade Commission with investigating possible price manipulation for gasoline. Granholm said Tuesday that the price of gasoline was higher than would be expected for the current price of crude oil.

In a statement released through a spokeswoman, Frank Macchiarola, the American Petroleum Institute’s senior vice president for economics and regulatory affairs, said the investigation was “a distraction from the fundamental market shift that is taking place and the ill-advised government decisions that are exacerbating this challenging situation.”

Macchiarola agreed with the administration’s view that the uneven recovery from the pandemic-induced economic fallout has led to demand outstripping supply.

But the executive at the largest oil and gas industry group said the administration’s policies were hurting energy supplies.

“Further impacting the imbalance is the continued decision from the administration to restrict access to America’s energy supply and cancel important infrastructure projects,” he said, likely referring to the Inauguration Day order to cancel the Keystone XL crude oil pipeline,  which would have traversed eastern Montana on its way from the Alberta oilfields to the Gulf of Mexico.

“Rather than launching investigations on markets that are regulated and closely monitored on a daily basis or pleading with OPEC to increase supply, we should be encouraging the safe and responsible development of American-made oil and natural gas.”