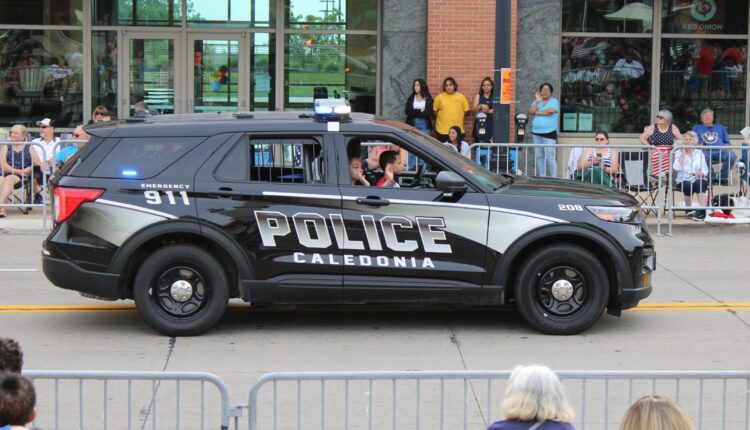 The Caledonia Police Department shared the past week of police reports. Between Aug. 17 and Aug. 23, there were 367 calls for service in the Village of Caledonia. According to the department, the calls included 108 traffic contacts, including 7 accidents and 5 arrests for OWIs. Of the 5 OWIs, 4 of the arrests were 1st offenses and one was a second offense. One of the 7 traffic accidents resulted in an arrest for OWI-1st offense, too, per the department.

The following four incidents are examples of incidents that the Caledonia Police Department responded to according to their Facebook post.

At 4 am, on eastbound County Highway K in Franksville, a vehicle was stopped for traveling 60 mph in a posted 30 mph zone. The officer made contact with the driver who lit a cigarette upon being stopped. The cigarette was being smoked backward with the filter being lit. There was an odor of intoxicants coming from the driver. When the driver was asked to exit the vehicle for OWI investigation, he was found to be shoeless with his belt unbuckled and his pants unzipped. He thought he was in Genoa City. He was arrested for OWI 1st offense.

At 7:40 pm at 6 Mile Road by Nicholson Road, the police department reported that while behind a vehicle, an officer observed a can spewing liquid being thrown out the truck’s window into the ditch. The vehicle was stopped and a second squad car checked the area and identified two open and cold cans of Bud Light in the ditch. Both the driver and passenger were cited for “open intoxicants in the motor vehicle and littering.”

At 3:30 pm, a Caledonia resident reported their federal and state tax returns had been filed for them and a third party had received over $250,000 in returns. The police department, “the residents used an out-of-state tax broker and the broker’s server had been compromised. The residents were not out of any money and the IRS and Wisconsin Department of Revenue were conducting the investigation.”

A 2016 Land Rover Discovery was stopped for having no registration displayed at 7:40 pm at State Highway 38, north of County Highway K. “When the vehicle pulled over the occupants of the vehicle started to exit and leave the vehicle,” per the post. “They begrudgingly walked back to the vehicle upon being ordered to by the K-9 officer. (The) driver stated the vehicle was recently purchased from a family member but could not provide that person’s name.”

Officers shared that the vehicle was found to have been stolen from Shorewood in July. The driver had a warrant from his probation agent and was arrested for operating a motor vehicle without the owner’s consent as well as drug charges. The passenger was taken into custody after drugs were located in the vehicle in a manner commonly used for street-level sales.

Bailee Madison on the Big Reveals