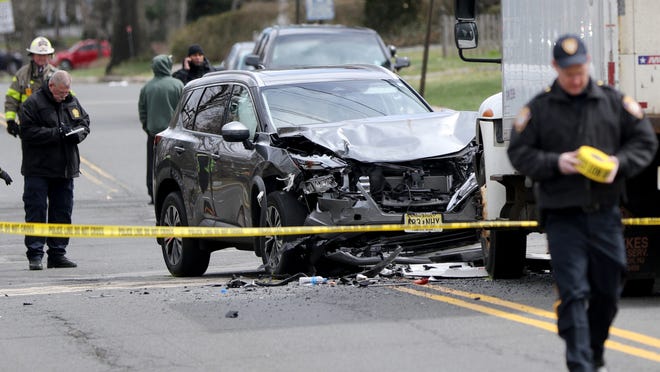 A Madison mother admitted Friday that she drove under the influence of alcohol when her vehicle struck a Jeep in Chatham Township in March, killing a married father of four.

Yulia Raynova, who will turn 46 on July 21, admitted that on March 28 her blood alcohol content was 0.136% — nearly double the legal limit of 0.08% — when she drove her Nissan Rogue westbound through a red light at the intersection of Lafayette Avenue and Watchung Avenue and struck a southbound Jeep Wrangler driven by Michael Pacchia Jr. Pacchia, 52, of Chatham Township, died at the scene.

Raynova pleaded guilty to a first-degree charge of vehicular homicide and a traffic violation for driving while intoxicated, before Judge Ralph Amirata in state Superior Court in Morris County. Tara Wang, a Morris County assistant prosecutor, will recommend that Raynova be sentenced in the second-degree range and serve six years in state prison. The terms call for Raynova to serve 85% of her sentence, or roughly five years and one month, and once released, to serve five years on parole.

Raynova initially faced a second-degree vehicular homicide charge, but it was upgraded to the first degree on April 25 after it was determined the crash occurred within 1,000 feet of Washington Avenue Elementary School.

Raynova faced up to 20 years in prison on the first-degree crime. All other traffic violations against her were dismissed.

Raynova, who has been in the Morris County jail since her arrest despite several appeals to the state’s higher courts for her release by her attorney, Jonathan Marshall, used a tissue to wipe her eyes throughout the hearing. She spoke softly with the assistance of a Russian language translator.

The day of the crash, Raynova purchased a bottle of cognac liquor at the Bottle King store in Livingston at 9:42 am and drove out of the parking lot around 11 am, according to court records. Raynova admitted she drank about a third of the bottle before she began driving in a reckless manner: Witnesses told police the Nissan Rogue drifted in and out of lanes and went over a concrete divider and a curb and onto the wrong side of the road before the around 11:20 am collision.

Raynova petitioned the judge on Friday to release her to a multi-disciplinary inpatient program for alcohol and mental health treatment before her sentencing next month, but it was denied.

“I certainly understand the hardships incarceration imposes on you, but the criminal activity you conducted is irreversible,” Amirata said. Raynova was no longer a defendant with the presumption of innocence, he added.

Raynova had also sought time out of jail to spend with her daughter, who is 9 or 10 years old, her attorney said. Raynova was born in Russia, earned a degree from a university in Moscow and obtained a green card to live permanently in the United States, she said. Her conviction will secure the likelihood she will be deported and have to leave behind her daughter, “who she may never see again,” her attorney said.

The circumstances were not extraordinary or unique to warrant her release, and Pacchia’s family also opposed the application, Wang said.

Her sentencing is expected to take place in mid-August.

Pacchia, a “natural athlete, coach, competitor and role model,” according to his obituary, had strong ties to the local lacrosse community. His son Luke played for Chatham High School before graduating in the spring, and his daughters are managers for the Cougars girls team.

Pacchia’s youngest son, Nick, 13, served as honorary captain and tossed the coin before the high school team’s season opener in March, and his father was honored with a moment of silence. Lacrosse helmets were adorned with the letters “MP.”

A graduate of Columbia High School in Maplewood and Rutgers University, Pacchia started his own IT consulting firm.