Democrats are voting in GOP primaries. Did they sink Madison Cawthorn? 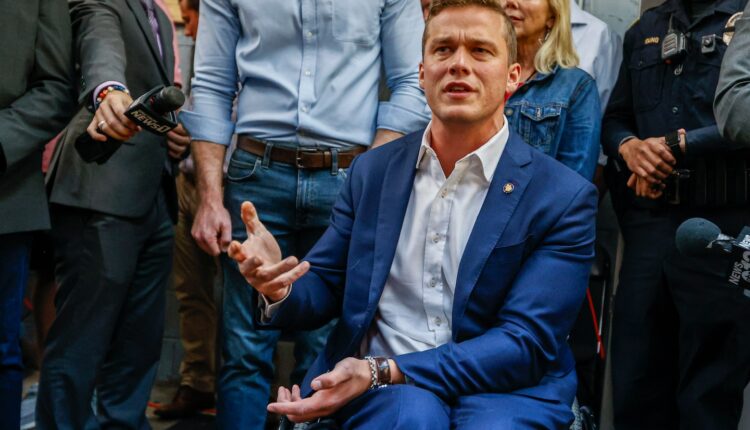 Incumbent members of Congress rarely lose their primaries. The few occasions when they do lose are usually chalked up to the effects of scandal, redistricting or massive investment by external groups. That’s been changing, partly because in safe districts, more extreme candidates are increasingly challenging mainstream politicians, and occasionally winning.

But something else is underway as well. Reports from Georgia and Colorado suggest that an increasing number of strongly partisan and highly strategic voters are using open primary systems to attempt to sabotage a particularly distasteful opponent. Political scientists call this “strategic crossover voting.” How successful are these attempts?

The rules and the background

North Carolina voters can register as affiliated with the Democratic, Republican or Libertarian parties, or they can eschew party affiliation altogether and register as unaffiliated. In a system called a “semi-closed primary,” which several states have, registered partisans can only vote in their own party’s primary. But unaffiliated voters (North Carolina’s largest group of registered voters) can vote in any party primary they choose.

From time to time, politicians and political entrepreneurs take advantage of this by trying to persuade unaffiliated voters who usually favor one party to instead vote in and sabotage the opposing party’s primary. For instance, during 2008’s presidential election, right-wing radio host Rush Limbaugh urged voters to use this strategy in what he called “operation chaos,” although evidence suggests that it did not work.

In 2022, a number of groups in NC-11, including the “American Muckrackers” Political Action Committee (also known as the “Fire Madison PAC”) tried encouraging this tactic, NC-11 Democratic voters to temporarily change their party affiliation to unaffiliated , vote in the Republican primary, and support centrist Republican Wendy Nevarez. Because this gambit involved both strategic party switching and strategic crossover voting, we refer to this plan as the “strategic two-step.”

Congress is polarized. Fear of being ‘primaried’ is one reason.

There is, of course, no way to conclusively determine who an individual voter cast their vote for. But thanks to publicly available data maintained by the North Carolina State Board of Elections, we can gather reliable estimates for each component of the strategic two-step. These data include voting histories and registration details for more than 7 million registered voters. It’s updated weekly to indicate any registration changes, including party switches.

First, we determined how many people in NC-11 switched their party registration from Democrat to Unaffiliated from Jan. 1 to April 22, 2022, the deadline for registration changes before the primary. We compared that number to previous patterns in the district and patterns during the same few months in other congressional districts.

Second, we reviewed voter history data to determine how many unaffiliated voters voted in the Republican primary in 2022, and compared that with recent history and with other North Carolina congressional districts in 2022.

Finally, we investigated how many of the unaffiliated voters who cast a Republican primary ballot in 2022 were previously Democratic primary voters.

In NC-11, high proportions of Democrats switched to unaffiliated

We found that NC-11 Democrats switched to unaffiliated at unusually high rates. As you can see in the figure below, from Jan. 1 to the deadline for switching affiliations, more than 3,050 voters switched from registered Democrat to unaffiliated, compared to an average of 1,050 voters doing the same in the state’s other congressional districts.

Then they voted in the Republican primary

Apparently, the 2022 call to switch party affiliations resonated with an unusually large number of voters. But what about the second step? Did they follow through and vote in the Republican primary?

Of the 3,050 Democrats-turned-unaffiliated in NC-11, more than 1,700, or 57 percent, cast Republican primary ballots. The remaining party switchers voted in the Democratic primary (15 percent) or didn’t vote in the 2022 primary (28 percent).

All signs indicate that these recent switchers were by and large highly committed and consistent Democratic voters. Of those who voted in the 2020 primary election, 99 percent of them pulled the Democratic primary ballot.

Strategic crossover voting may be on the rise

In past research, political scientists and economists have found that strategic crossover voting hasn’t made much difference in how elections turn out. But those studies were conducted in a different era. What’s more, they generally focused on national political contests where small changes don’t have as much of an effect as in an individual district. Observers are on the lookout for similar behavior in Colorado’s 3rd District primary where, much as with Cawthorn, incumbent Lauren Boebert has incensed Democrats and Republicans alike.

With highly heated primaries underway and with many voters increasingly believing that they are weighing in on the future of democracy, we may well see more strategic crossover voting this year — and perhaps in the future.

Don’t miss any of TMC’s smart analysis! Sign up for our newsletter.

Michael Bitzer (@BowTiePolitics) holds the Leonard Chair of Political Science and is a professor of politics and history at Catawba College in Salisbury, NC

Both are contributors to Old North State Politics.