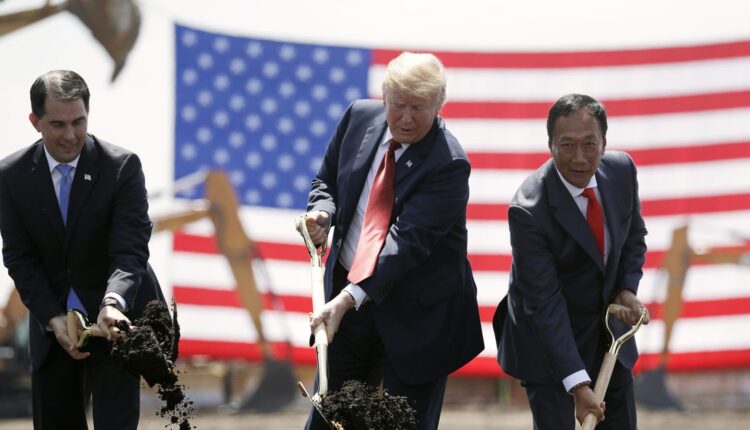 The Foxconn debacle in Wisconsin was meant to serve as a reminder not to give the store away on environmental issues in the hope of an economic boost.

Foxconn pledged in 2017 to create 13,000 high-paying jobs and invest $ 10 billion in a 20 million square foot facility to build giant video displays. As it turned out, the company had only hired a few hundred workers in light industry.

To get those jobs, Wisconsin downed seven other states and two Canadian provinces that should have been consulted, and authorized Foxconn to draw 7 million gallons of additional water from Lake Michigan every day. In addition, former US Environmental Protection Agency administrator Scott Pruitt has exempted Racine County, where Foxconn is located, from state smog standards. In addition, Foxconn was not required to obtain the usual water pollution permit for discharges into local waterways, and communities downstream of the site were concerned about increased flooding.

The far-reaching environmental impact of these decisions will remain, even if the promised jobs were never realized.

As a nation, we have to think long-term: Getting a few jobs in the short term is not worth a high environmental price. Over time, the economy and human health depend on a living environment. This is especially true as our country tries to evade the worst effects of climate change.

A new book by journalist Lawrence Tabak, “Foxconned: Imaginary Jobs, Bulldozed Homes, and the Sacking of Local Government,” explains how state and local governments in Wisconsin unnecessarily used significant domains to conquer homes and farms for a facility, Which turned out not to need all this land. Taxpayers were slapped for unneeded new roads. Thousands of hectares of land are now empty. The total cost to the state is estimated at nearly $ 1 billion.

The book is another reminder of how bad choices in the past cause environmental problems today. Officials at all levels must be vigilant to avoid repeating these mistakes.