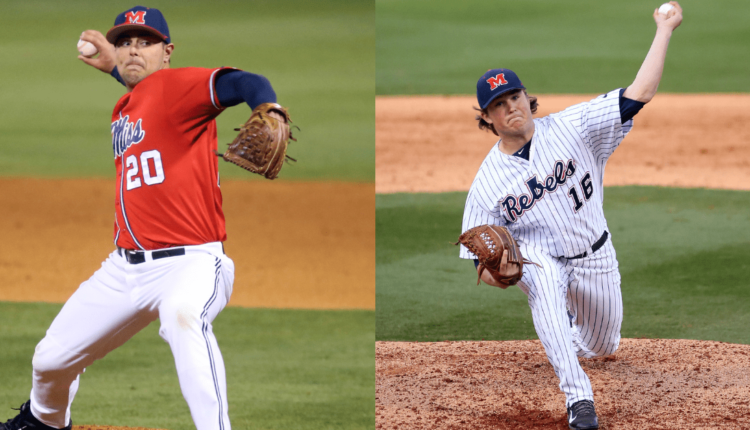 Jackson Academy alumnus Matt Denny and his Ole Miss teammates knocked down a 42-year-old door in 2014.

Denny, then a sophomore left-hander, and Ole Miss made it to the College World Series in 2014, for the first time since 1972.

When Ole Miss defeated then-No. 1 ranked Louisiana-Lafayette 10-4 in the third and deciding game of the Lafayette Super Regional, a huge weight was lifted off the Rebels’ shoulders.

They couldn’t be called OMAHA (Ole Miss At Home Again) in 2014. The Rebels were one of eight teams to make it to the College World Series, the mecca of college baseball. It was also the first time to go to Omaha for Mike Bianco, then in his 14th season as Ole Miss’ head coach.

“You obviously want to go and have a chance at a national title, but you also want to be that first team to kick down the door,” said Denny, who is now a commercial real estate broker in Memphis. “We wanted it for Coach Bianco. He deserved it. We got punched in the mouth right out of the gates (lost Game 1 to Louisiana-Lafayette) but continued to right and claw our way back into the series and ultimately it ended in our favor. After that game, it almost felt like nothing else mattered. We had achieved something that so many great teams before us weren’t able to do. Obviously, the goal was to win a national championship and we tried our best and ultimately came up short but dog piling after the super regional just like a breath of fresh air for the program, the fan base, and the university.”

Ole Miss went on the road again to make it to Omaha this season, defeating Southern Miss in two games in Hattiesburg in the Super Regional. Ole Miss meets SEC West rival Auburn Saturday in a first-round game at the CWS at 6 pm on ESPN2.

Like this year’s team, Denny and his teammates heard the negative noise during the 2014 season.

“In a day and age where social media is a part of your everyday life, it’s hard to look away or escape the negativity,” Denny said. “I think a lot of fans had counted us out and if they hadn’t, they weren’t overly confident we could get it done. As a player, there is a tone of pressure.

“In many ways, the 2014 season resembles this 2022 season. Like 2021, in 2013 we had almost the same lineup in the field as we did in 2014, but we had lost some big-time talent on the mound in Bobby Wahl, Mike Mayers, Tanner Bailey, etc. Going into the season we were confident we could be a really good team. The biggest question mark was who was going to step up on the weekends. I remember the first weekend on the road at Stetson. We swept them. At the end of the series, I vividly remember those guys saying, ‘we’ll see you in Omaha,’ as we were shaking hands. In that moment, I think everyone knew we were going to be really good. That didn’t come without some hardships along the way. One of the things that always sticks out is the series with Alabama. They were good but we should have taken the series for sure, and we got swept. That was an eye opener and a real test for the team. We knew we need to respond and get back on track.”

Denny’s recollection of the Alabama series was like this year when Ole Miss was 7-14 in the SEC and in last place in the West. Then the rebels got rolling. So did the 2014 team.

“From that point on, we only lost one more SEC series (to LSU),” Denny said. “Fast forward to the end of the year, we knew we had put ourselves in a position to host. Looking around the locker room, nobody on our team had experienced a regional at home at Swayze so there was a lot of excitement around that. We go on and advance and get paired with ULL, a team that I don’t think had lost back-to-back games all year. We knew we were in for a fight. I grew up an Ole Miss fan. All I ever wanted to do was play baseball for Ole Miss. I knew the past struggles that Ole Miss had had in Super Regionals.”

Madison Central alumnus Josh Laxer – the only other Metro Jackson player on the 2014 team – closed out the third game against Lafayette.

Laxer, then a junior right-hander, pitched the final 3 1/3 innings to pick up his sixth save of the season. Laxer replaced Scott Weathersby with runners on first and second and two outs with Ole Miss leading 5-3. Laxer got the first batter he faced to fly out to right field to end the scoring threat. He allowed only two hits, one unearned run and had one walk and two strikeouts the final three innings to send the Rebels to Omaha.

Ole Miss was picked last in the SEC West in the preseason predictions but had an outstanding season and won the SEC West and second overall in the regular season. Ole Miss went 1-2 in the SEC Tournament and earned a national seed and hosted the Oxford Regional and was the No. 1 regional seed. Oxford went 3-0 in the regional and defeated Washington 3-2 in 10 innings in the championship game. Louisiana-Lafayette defeated Ole Miss 9-5 in Game 1 of the Super Regional before Ole Miss bounced back with a 5-2 win in Game 2 and a 10-4 win in Game 3. Ole Miss lost to No. 3 national seed Virginia 2-1, eliminated Texas Tech 2-1 and No. 7 national seed TCU 6-4 before losing to Virginia 4-1 in the CWS. Ole Miss was one of the final four teams left playing in the CWS. It tied the best finish in school history in the CWS with the 1956 team. The Rebels finished with a 48-21 record. It is tied for the most wins in school history with the 2005 and 2018 teams.

Laxer finished with a team-high six saves with a 1.47 earned run average in 23 appearances. Denny had a 1-1 record in 15 appearances.

“What a lot of people don’t realize is that we didn’t have any big-name players returning that season,” said Laxer, who now is a dispositions manager for a real estate investment company and lives in Madison. “It took every one of us to get to Omaha. That team had a different hero for just about every game we played. We were confident coming off the regular season, after we won the West. We kept using that momentum to push through regions and supers. I think the biggest difference between that team and others I played for at Ole Miss was our motivation to prove the preseason doubters wrong.”