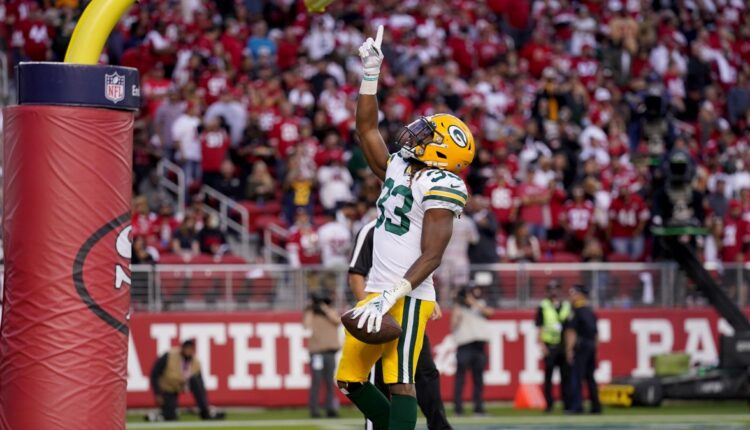 As No. 1 in the NFC playoffs, the Packers earned the first-round bye and the right to host the lowest remaining seed of the wildcard weekend. That’s sixth-ranked San Francisco, who upset Mike McCarthy’s third-ranked Dallas Cowboys by 11:17 on Sunday.

San Francisco has won eight of its last 10 overall and is 7-3 on the road.

This time last week the forecast for the coming weekend was for cold weather. But that was moderated. WBAY in Green Bay is forecasting a high of 21 and a low of 2 for Saturday. So expect an onset temp somewhere around 10 and wind chill around 0.

Green Bay won 30-28 in Week 3 in San Francisco. The teams have obviously changed since then. The Packers didn’t have five-time all-pro left tackle David Bakhtiari for that game, while the 49ers didn’t have standout running back Elijah Mitchell. The Packers’ offensive line is being tested by a 49ers defensive front, which has five sacks and 14 quarterback hits against the Cowboys while limiting running backs to a meager 2.8 yards per carry.

For what it’s worth — and it’s worth nothing, of course — Rodgers has won his last four Saturday games. That year, the Packers beat the Browns 24-22 at Christmas. Last year they beat the Panthers 24-16 in the regular season and the Rams 32-18 in the divisional playoffs. They also beat the Vikings 38-25 in 2016. All four of those games took place at Lambeau Field.

Green Bay is 10-3 in Saturday’s playoff games. Last year’s win over the Rams broke a two-game losing streak. The Packers lost the 2015 playoffs in Arizona by 26-20 in overtime and the 2012 playoffs in San Francisco by 45-31.