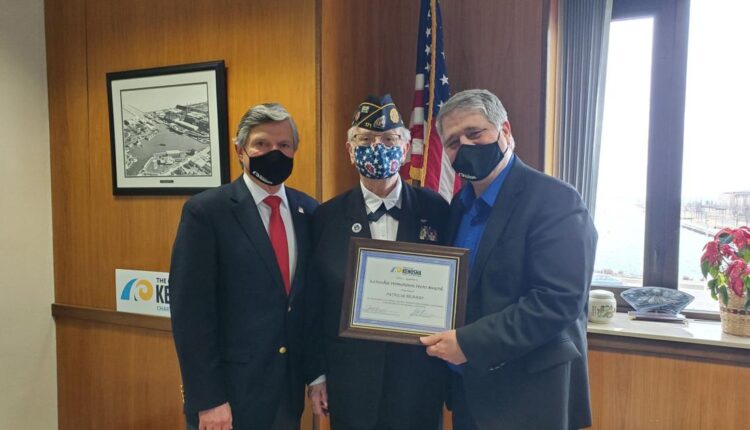 
FOR THE KENOSHA NEWS

Murray was honored during a virtual meeting of the Joint Council on April 5.

Murray was born and raised in Kenosha. She was nominated for 20 years of military service with the US Air Force and retired as a lieutenant colonel. Her nursing assignments took her to air force bases in Ohio, Michigan, Texas, Oklahoma, France, England, and Thailand.

Murray is the only female member of the American Legion Bixby-Hansen Post 171 in Union Grove, where she serves in various roles including 3rd Vice Commander. She is also the liaison officer for Badger Boys State School and the Dover Veterans Cemetery Honor Guard. She is responsible for phone calls to the Honor Guard, planning, and reporting for approximately 20-40 funerals per month.

She is also involved in the Society of Air Force Nurses.

After retiring from the military and moving to Wisconsin, Murray applied for a position with the Department of Corrections at Southern Oaks Girls School. She implemented new security measures and built a program to protect prison staff from health threats.