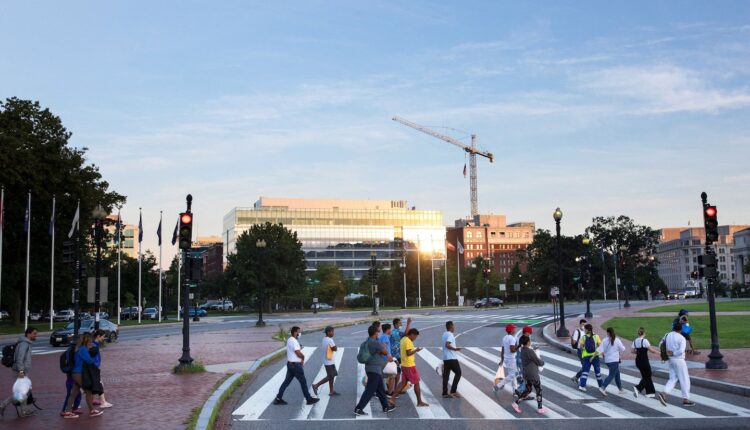 DC Attorney General Karl A. Racine’s (D) office Thursday announced the recipients of $150,000 in grants to help migrants arriving on buses from Texas and Arizona — an effort to assist local aid groups that have been overwhelmed since the governors of those states began offering thousands of US asylum seekers free rides to the nation’s capital.

So far, about 9,000 migrants have arrived in the District since Texas Gov. Greg Abbott (R) launched his busing program in April to highlight what he called the Biden administration’s lax border policies amid record border crossings this year — a move replicated by Arizona Gov. Doug Ducey (R) in May.

The influx of mainly Latin American migrants — including young children — arriving at Union Station several times a week with little or no resources has left several aid groups scrambling to help them.

One agency — SAMU First Response — has been able to accept 50 people at a time at its temporary shelter in Montgomery County. The organization, which is also helping the migrants with transportation to their next destination if they intend to leave, has been searching for a larger shelter space near Union Station.

So far, that effort has been stymied by the high real estate prices in that part of the city, Capitol Hill, Tatiana Laborde, managing director of SAMU First Response, has said.

With some migrants sleeping on the streets, other mostly volunteer groups have paid for hotel rooms and food for them on their own while also chipping in for transportation costs.

“DC is at our best when we step up for our neighbors, which means providing food, shelter, and other basic essentials to people in need,” Racine said in a statement Thursday, calling the moves by Abbott and Ducey, “a purely political stunt ” that “has left vulnerable migrants and asylum seekers without basic resources and with nowhere to go.”

“We must use every tool at our disposable to answer the call for additional resources and provide aid to these vulnerable people,” the statement said.

Six aid groups were awarded grants through the Litigation Support Fund in Racine’s office, with amounts between $5,000 and $32,350 that must be spent by the end of September, when the current fiscal year ends.

Racine’s office said Thursday that it will evaluate whether to renew the grant program during the upcoming fiscal year after it reviews how the current pool of money is spent.

The limited time means most of the aid will be temporary and will go to lodging, food and help with transportation to areas outside of the Washington region.

Goods for Good, a volunteer-based nonprofit group in the District, was awarded $16,550 to provide clothing for the migrants, many who disembark from the buses with little more than what they’re wearing.

The Catholic Charities of the Archdiocese of DC got $32,280 to conduct charlas, or talks, with the migrants about their rights as potential asylums and other basic information, such as how to catch a local bus or train.

Abel Nuñez, director of the CARECEN aid group, who qualified for a $31,900 grant to conduct intake interviews with the migrants and help with transportation costs, said more resources are needed to cover longer-term aid.

Though most of the migrants have chosen to leave, an increasing number — approaching 15 percent — have elected to stay in the region, Nuñez and other immigrant advocates say. Until they’re economically stable, those people will need help with more permanent housing, enrolling their children in school and getting legal services related to their asylum cases, Nuñez said.

“That’s why we’re pushing the city to really come in with some resources,” he said.

Bowser has so far avoided committing city funds to the migrant aid effort, encouraging nonprofits to apply for federal aid.

Paula Fitzgerald, executive director of Ayuda — which was awarded $32,350 from Racine’s office to, mainly, provide hygiene kits, clothing and cellphones — said longer-term aid would be easier to provide through a larger respite center near Union Station.

Such a site could also serve as a centralized center for multiple aid groups, she said.

“Because there’s not one organization running it, this is not as fluid or efficient as it could be,” Fitzgerald said.