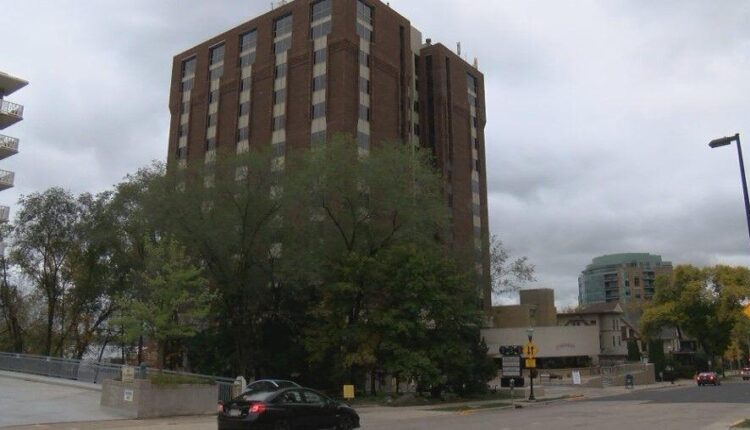 Documents reveal a history of decay and neglect at 131 W Wilson St.

Reports have shown structural concerns at 131 W Wilson for years

MADISON (WKOW) – Dozens of documents from the past five years show a history of the absence and neglect of repairs by owners of a building in downtown Madison.

The commercial building at 131 W. Wilson Street unexpectedly closed for emergency repairs in September and is home to a number of law firms and the Paisan Italian restaurant.

The building stands on top of a garage that, according to city inspectors, has shown “significant deterioration” over the past five years.

“Around 2016, to the best of our knowledge, the property owner commissioned the original engineering report because of the deteriorating parking conditions they were aware of,” said Kyle Bunnow, Madison City Building Inspector. “And that’s kind of the original report that was started.”

The report names numerous damage within the building and provides photos and cost estimates of necessary repairs. The report recommends a nearly $ 8 million restoration project, but despite the recommendations, the building owners failed to act.

“What we do know is that really no specific action has been taken to repair the garage,” said Bunnow.

“We investigated and ordered the property owners to take the necessary steps to complete any repairs required to bring the garage up to standards,” said Bunnow. “This order was not carried out by the owner. You have not completed the necessary repairs, as we know.”

Correspondence between the City of Madison and several engineering firms to discuss the extent of damage to the structure. (Source: Madison City Building Inspections)

In 2020, building inspectors returned to the building to follow up on the necessary orders. They documented severe damage to the parking garage through written reports and photographic evidence.

Case photos from an inspection in 2020 (Source: City of Madison Building Inspection)

“From a construction control point of view, we referred the case to the city prosecutor and asked them to prosecute the property owner in an attempt to force them to make the necessary repairs,” Bunnow said.

Meanwhile, the inspectors also found that the structure continued to deteriorate.

Bunnow says builders have turned to a separate, private company without the city’s knowledge. He says the private engineering firm was so concerned about the structural integrity of the building that it submitted its information to the city inspector’s office.

“We asked an engineer to evaluate the structure as well, and it happened at the same time,” said Bunnow. “The engineering firm’s concerns were consistent with our observations that the property was deteriorating significantly.”

The significant deterioration resulted in the city ordering “drastic measures” by ordering builders to prop up the building to ensure it was safe. The city ordered tenants to vacate the vehicles’ garage in August 2021 for emergency repairs.

During the shoring, supports are set up inside the parking garage that would otherwise not be there to support the weight of the decaying structure.

“Around the time we became aware of this, we also had concerns from some people in the building who had only felt an inexplicable movement or shudder inexplicably,” said Bunnow. “We don’t believe that a train passed or that anything would have led to it. So when we know what we knew about the structure, concerns, combined with observations made by the people in the building, we felt that it is in the public’s best interests for the safety of all people to vacate the building to have.”

The tenants were evacuated on September 10th without or without warning. Initial estimates suggest that residents could move back into the building within 15 days, but more than a month later, they are still waiting.

Tenants in the building said they were left in the dark throughout the process.

“I received less than an hour’s notice to vacate the premises,” said a tenant who wanted to remain anonymous. “I got calls and e-mails from the landlord and it was radio silence.”

Construction inspectors said Tuesday that they expected repairs to be completed “soon” that would allow a safe return to the building but could not give a specific timetable.

27 News has tried several times over a period of months to contact the clients, but has not yet received an answer.

One killed, another airlifted with injuries after SUV crashes into stalled semi in 7100 block of I-94 | Local News