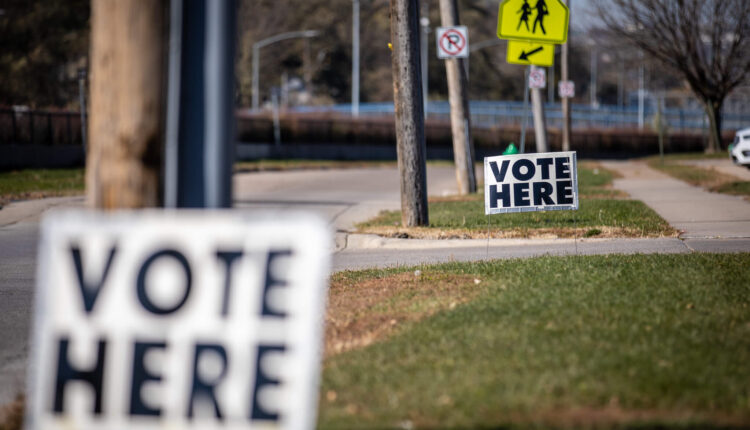 Republican leaders in the Wisconsin Senate are using the results of an audit released Friday by the Legislative Audit Bureau as the impetus for opening yet another investigation into the 2020 presidential election.

The audit report found that the election was conducted safely and securely in Wisconsin but made some recommendations to the Wisconsin Elections Commission (WEC) and the Legislature for changes to the rules and laws that guide election administration in the state.

Republicans, who have continuously made baseless claims of election fraud in Wisconsin and across the country, seized on the report’s findings to criticize the WEC and call for more investigation.

“The audit findings released on October 21st paint a grim picture of the Wisconsin Election Commission and their careless administration of election law in Wisconsin,” a news release from the Senate Republican leadership states. “The audit shows numerous failures within WEC which undermined the free, fair, and transparent elections Wisconsinites deserve.”

The Republican leaders in the Senate have often indulged false allegations of fraud from other members of their party.

In a statement, WEC Administrator Meagan Wolfe said the commission will be happy to provide clarity to the Senate investigators.

“We don’t know anything more than what was in the press release at this point,” Wolfe said. “Once we learn what it’s all about, we’ll be happy to provide any clarity we can. Meanwhile, we remain proud of the great work done by nearly 2,000 clerks and thousands more poll workers across Wisconsin to carry out a safe, secure and accurate election during a national pandemic.”

The audit found that there were minimal examples of voter fraud in 2020 and affirmed what lawsuits, court cases and recounts had already found — that Joe Biden won Wisconsin by nearly 21,000 votes.

Thus far, the Republicans in the Assembly have taken the lead on probing into the 2020 election. Former Wisconsin Supreme Court Justice Michael Gableman has been hired by Assembly Speaker Robin Vos (R-Rochester) to search for fraud. Gableman’s review has been criticized as partisan, unprofessional and harmful to democracy.

Now, the Senate is getting into the game with an investigation by the Senate Committee on Elections, Election Process Reform And Ethics. The elections committee investigation will look further into the findings of the audit and the City of Madison’s decision not to provide documents and ballots to the auditors — a decision that has infuriated Republicans.

“I was disappointed to see that an elected official tasked with the administration of fair and transparent elections would refuse their duty to provide requested information necessary to prove they did their job adequately,” Senate President Chris Kapenga (R-Delafield) said in a statement. “That is unacceptable.”

The city clerk is not an elected position in Madison. But the audit report gives some reasoning for why the city did not provide documents.

That guidance, which was released by DOJ in July, states that election officials who turn over ballots could be held responsible for violating the Civil Rights Act.

“But the Department is concerned that some jurisdictions conducting them may be using, or proposing to use, procedures that risk violating the Civil Rights Act,” the guidance states. “The duty to retain and preserve election records necessarily requires that elections officials maintain the security and integrity of those records and their attendant chain of custody, so that a complete and uncompromised record of federal elections can be reliably accessed and used in federal law enforcement matters. Where election records leave the control of elections officials, the systems for maintaining the security, integrity and chain of custody of those records can easily be broken.”

City of Madison Clerk Maribeth Witzel-Behl also said on Monday that the auditors were offered alternatives to physically taking the city’s ballots, but did not accept that offer.

“We offered the LAB the opportunity to schedule appointments to view but not touch documents, as we have offered everyone asking to see or handle election documents,” Witzel-Behl told the Milwaukee Journal-Sentinel’s Molly Beck. “They did not schedule any appointments in response to that offer.”

While Gableman’s partisan review continues amid legal pressure and criticism, the Senate elections committee is set to investigate the findings of the Legislative Audit Bureau’s investigation. The elections committee is chaired by Sen. Kathleen Bernier (R-Chippewa Falls), a former Chippewa County clerk who ran election administration in her county for 12 years. Bernier has been one of the few Republicans in the Wisconsin Legislature who has consistently dismissed allegations of fraud in last year’s election.