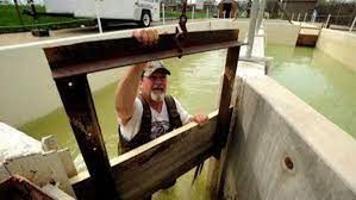 I wonder how many Kenoshan know we have a breeding pond for small or small fish. Well we do, and this rearing pond was a hard-won victory that took three tries to become a reality on the city council.

In 1970 I was the new councilor on Kenosha City Council. I ran on a frugal platform. Once, when I was on the Council, my philosophy was probably not that popular with some of my fellow Councilors.

When I proposed the creation of a rearing pond at the north end of Pennoyer Park to significantly improve fishing in and around Lake Michigan, some city councilors saw this as an opportunity to criticize me for sponsoring a new project along with my thrift philosophy output. In fact, one councilor said, “This project wouldn’t bring Kenosha a red cent.” Boy was he wrong!

Well, this councilor stuck its head in the sand. Little did I guess the brief attention spans of some councilors that this rearing pond would bring 40,000 to 50,000 fingerlings (small fish) to Lake Michigan each year. This would greatly improve fishing in and around Kenosha’s lakeshore if those fish returned to spawn in the area near and around our lakeshore. This return to our lakefront would produce coho and trout 20 pounds or more in size.

If these councilors criticize the importance of financially improving this rearing pond for Kenosha and the many fishermen who pay one of our fishing boat captains to make huge catches, they would be amazed. And who knows, maybe some of the paying customers were some of those negative councilors.

Green Bay woman convicted on death of her son